I will say this up front: No, they haven’t.

Lets start with the good.  The graphics are bright, sharp and very welcoming (if a little too bright).  The tutorial helps you get started, showing you how to place attractions and shops, upgrades, mini-games and also how to empty a bin (which is obviously essential!).  After completion, the park opens up to you and here is where I stumbled on the games freemium intentions. 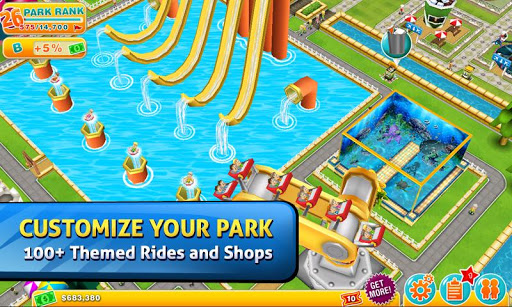 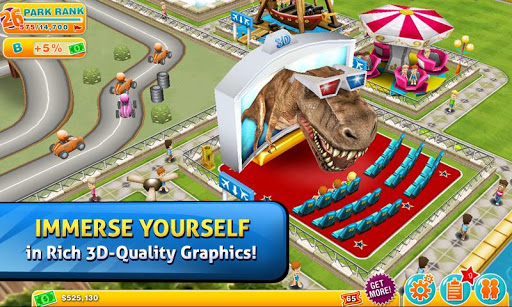 Ok, let’s accept this and move on.  The game boasts 100+ attractions and shops, but when you look closely, most just repeat (how many bouncy castles are there?!).   Again though, any attraction that is worth building needs to be bought with real money.  I am actually a fan of IAPs, and if done correctly (see Madfinger’s Dead Trigger to see how they should be implemented), people will volunteer to support great games, but when you are facing paying money with your first play of the game, that’s just taking it too far. 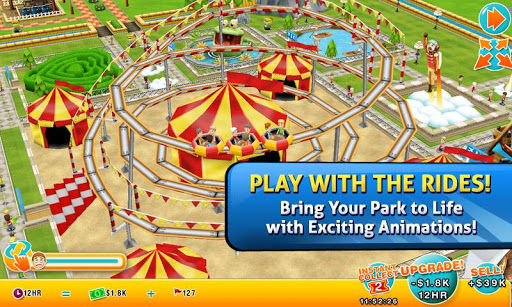 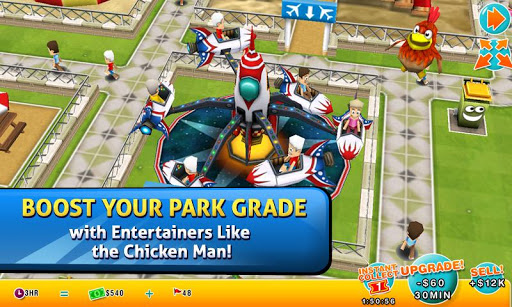 Within minutes of playing you realize that this is just another city building game with a theme park skin.  This is not Theme Park though in any way.  Everything is timed, you have to manually collect money earned, manually restock shops and manually empty bins.  You also get notifications appearing when not in the game which again is very annoying. You should be able decide whether you want them when you first start.

As a city builder, this is average at best, but as a ‘Theme Park‘ game, to say it is disappointing is a massive understatement.

The Theme Park brand does not deserve this game.  EA seem to be dangling this as a free game, only to demand money if you want to play it to its full potential.  This is not Theme Park, its just another city builder game gone greedy.  I don’t mean to sound negative throughout this review, but when you have played the original Theme Park and Theme Park World, you hold high expectations that this brand would again produce something of great quality, but I’m afraid this has now been uninstalled.