Miniclip continues on their journey of releasing rather interesting and fun games onto Android that you can usually find and play over at their main site. Their newest release is actually Part 2 in a series of games called Anger of Stick, which I believe there are a total of three or four of them so far. While we may not have the first one, we do have Anger of Stick 2 now.

So what is this game all about? Basically you are a stickman who, once his city has become a target for unknown enemies that have started to emerge, goes around and generally either beats the crap out of said enemies, or uses a variety of weaponry to dispatch of those enemies. Anger of Stick 2 has three different game modes you can play in:

– Jump Jump: Where you must go up and keep jumping to avoid falling behind, while defeating enemies at the same time!
– Survival: Kill all the enemies and survive as long as you can!
– Doodle Runner: run for as long as you can, while avoiding hazards and collecting money to spend in weapons upgrades! 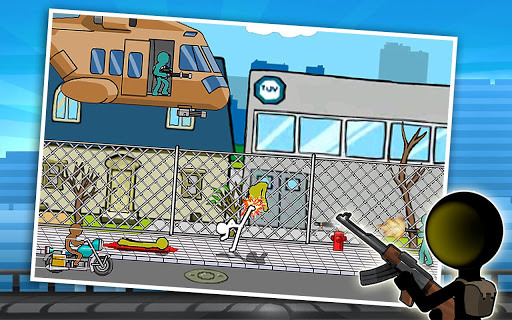 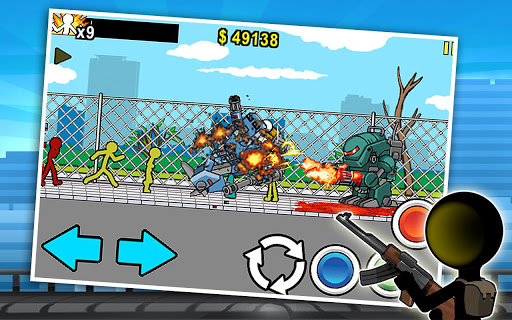 So depending on the style of gameplay you want, you can pick on of those three game modes to play. Just because this game features a stickman, don’t think it isn’t a full on brawler. Anger of Stick 2 has over 130 different combat moves including combos and aerial combos. There is also plenty of weapons such as the UZI, M1911, Grenade Launcher, Spas-12, SG550, Remington-870, Flamethrower, Ray-gun and so on. To round it all out, you also have a helicopter and a robot at your disposal.

As with all Miniclip games, Anger of Stick 2 is available for download off of the Google Play store for free.