Well Square Enix has released a new game for Android gamers who enjoy puzzle games. This particular title, called Motley Blocks, is pretty similar in style to another game we released talked about called Pixel Twist. Basically in this game, your job is to connect matching colored blocks, while they twirl around in a sort of cyclone pattern, in order to clear them and eventually make the image that you need to make, using the removed blocks, in order to move onto the next stage.

This was one of the games that Square Enix had previously mentioned that would be coming to Android. There is actually a decent amount of content with the 80 levels it comes with, power-ups, bonuses for players on the top leaderboard and even a level editor so you can make your own levels. 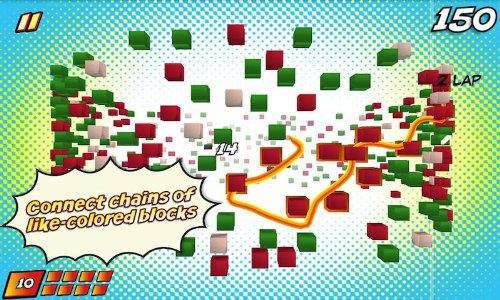 What is interesting about this release from Square Enix is that this is their first release onto the Amazon AppStore. So Kindle Fire owners can also grab this game and play it. However, if you don’t have access to the Amazon AppStore, for whatever reason, you won’t be able to download this game at all as Square Enix has only released this on Amazon’s AppStore. Whether this will change due to being a temporary exclusive or not, we don’t know. However, if you really want to play a game like this, get Pixel Twist off of Google Play if you can’t get this one from Square Enix.

Motley Blocks is available for free off of the Amazon AppStore if you do have access to it or own a Kindle Fire.