The ‘Real-Time Strategy’ genre has never really flourished on Android with only a few titles of real note (Z Origins and Total War Battles to name a couple). I guess it makes sense with the fact that the most popular RTS games on the PC are mouse and keyboard driven. But with a mouse connected to my Nexus 7, I explored the Play store seeking an RTS game that could prove that this genre can be done right on an Android device. Robotic Planet RTS hit the mark perfectly.

This game includes six different types of robot, 15 different buildings and 21 missions with a map generator (for skirmish games). Robotic Planet ticks all the usual boxes when it comes to an RTS game, you collect resources, build a base, build an army, and destroy your enemy. But what makes this game more unique is its transportation system (bare with me, all will be explained). 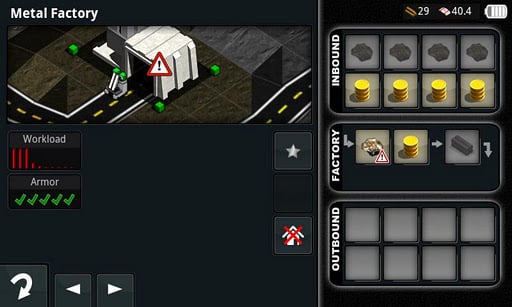 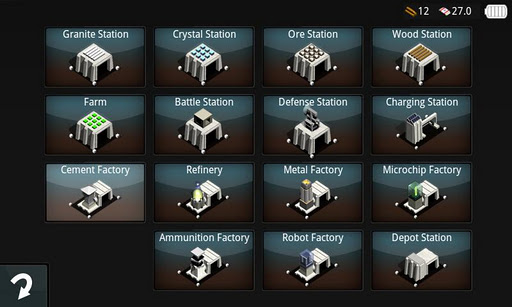 When you first start a new mission/skirmish, you are given only your ‘base’ building and this contains a few of each resource and 50 transport robots (along with a few of each of the other robots). To construct your first building, you not only need to place it, but also build a road leading to it. The transport robots will then deliver the required resources and a builder robot will arrive to construct. Once the structure is completed, if the building was a resource station, another robot will emerge from the base and his task will be to farm the resources and store them in the building. From there the transport robots collect the resources and takes them where needed.

To start with, this is quite complicated (I had a hard enough time writing the last paragraph about it!), but the tutorial mission is actually very thorough and within minutes everything seems to all make sense. 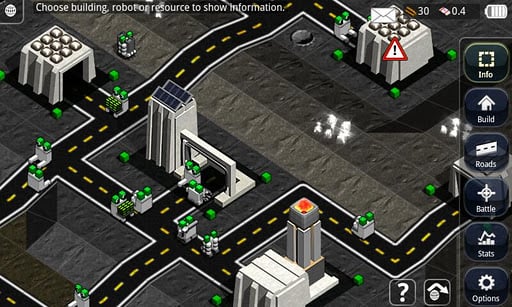 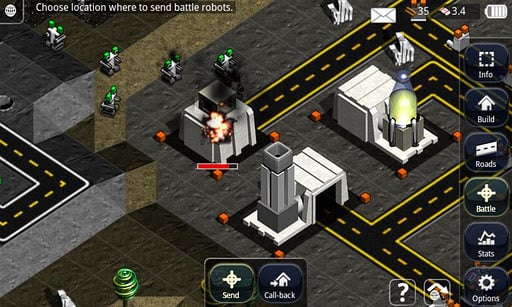 An added tactical layer comes when you are about half way built your base and you have all 50 transport robots going up and down your road system, because unless you planned it perfectly from the very beginning, you will soon have queues of robots trying to get their materials to their desired location. This can be solved by making certain roads one way, but to start with you may find your battle robots with little ammo to attack the enemies as the ammo has been held up in traffic!

So all is good when it comes to the gameplay then right? Well, the only thing I would say is that this game is not for the most casual of gamers, with 5 resources to collect, which most are then sent to factories to be turned into materials which then need to be taken to another building to make the robots or ammo. Again, without actually trying the game yourself, it’s hard to explain the whole process, let’s just say it’s complicated.

With a lite version available to try, there is no excuse not to try this game. It works well on smartphones with 4 inch or above screens, but if you are able to connect a mouse to your tablet, this game shines bright. This for me is more engrossing than any other RTS game on the Play store. It may not be simple, but when you get going, it’s a joy seeing your robots go about their deliveries.