11 Bit Studios are on a roll at the moment. They recently released Funky Smugglers, and will soon launch the sequel to Anomaly: Warzone Earth, called Anomaly Korea. Anyways, today the Polish-based game developers are putting up Sleepwalker’s Journey on Google Play, you know, for people like me who never sleepwalk but would like to experience it all the same.

Sleepwalker’s Journey is quite unlike their other games. This is an auto-moving platformer, where your objective is to guide the sleepwalking Moonboy back to his bed. The game has puzzle elements which require you to clear obstacles and traps by shifting the surroundings and making use of elevators and levers among other things. 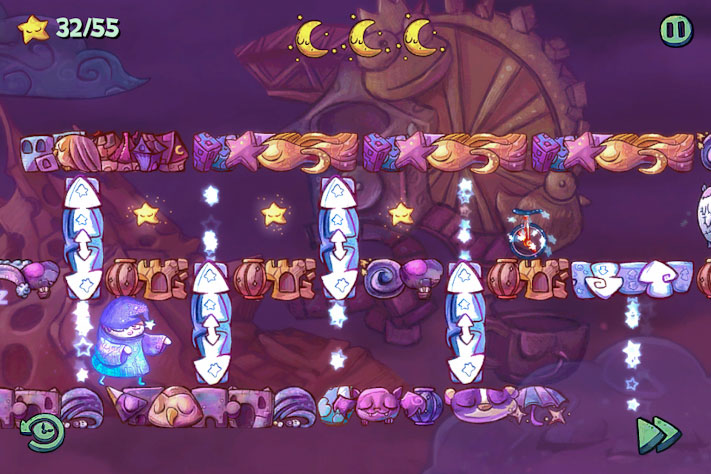 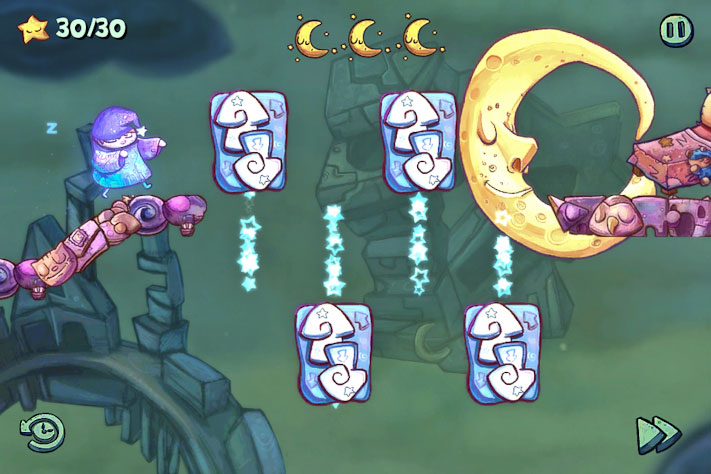 – Over 45 dreams to explore (and more coming with updates)
– Environment puzzles where you shape the dream: move obstacles, use elevators, interact with objects and more to clear Moonboy’s way
– Visuals optimized for the most powerful Android Devices
– Quality design from award-winning developer

The game currently has 45 levels spread equally across three unique fantasy worlds. More are promised to come by the developer. Each level in Sleepwalker’s Journey requires you to focus on three things: collecting all three moons, collecting all the stars and making it to the end within the given timeframe. You’re then give a gold, silver or bronze rating.

If you’re game for orchestrating the dreams of Moonboy, then you can get this game for a respectable $0.99 off Google Play. Mind you, this is the full experience – there’s no nitty-gritty in-app purchases to worry about. I played a bit of it and it surely is imaginative and polished at the same time.