So Arcane Legends arrived the other day and when a Legends title comes out we usually do some sort of giveaway each time. This is no exception to the rule and we have a couple of goodies for you. First, we have a code which will provide you with an exclusive in-game item for anyone who plays a Sorcerer. Secondly, we have 100 prizes of $10 worth of platinum to giveaway as well.

Update Nov. 23rd, 2012 9:35am PST: The giveaway is now closed. Winners will receive their prize of $10 worth of Platinum in Arcane Legends over the next couple of days. Entries after 9:35am PST Nov. 23rd, 2012 will not be counted. The exclusive weapon is still available though for those of you who want it.

Let’s start with the code shall we? This code will allow you to get yourself an exclusive in-game weapon if you are playing a Sorcerer character. This code will not get you an appropriate weapon for any other class, only the Sorcerer. Why only the Sorcerer? We don’t know but we are guessing part of the reason is that he is blue… like a smurf… but cooler. There is no limit as to how many of our readers can use this code so if you have a Sorcerer in Arcane Legends, by all means grab the code below and follow the instructions on redeeming it. 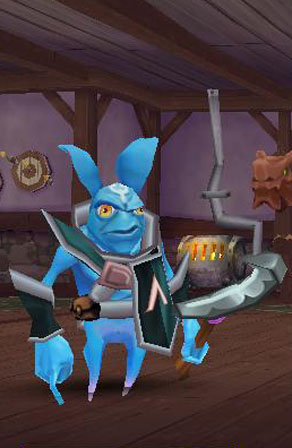 1.     Start the app and play through the beginning of the game.
2.     Be sure that you are on the correct class of character that matches the Promo Code item.
3.     Once you enter Windmoore town, or are anywhere in the game where you see the chat interface in the upper right hand corner, tap on the chat interface.
4.     The keyboard will come up and you can and type /p followed by the Promo Code.
5.     You should see a message that the item was granted to your character.

1.     Start the app and log in.
2.     At character select, make sure you are seeing the character you want the Promo Code item to go to (Axes or big swords for Warriors, daggers or dual blades for Rogues, staves or wands for the Sorcerer.)
3.     Tap the STS Nexus button on the top menu bar
4.     Tap the Enter Promo Code button in the lower right of the Offers tab
5.     Enter the Promo Code

While sharing this on Twitter, Google+ and so on won’t increase your chances of winning, you will be giving your friends a chance to snag the exclusive Sorcerer’s weapon as well so feel free to share this!