Toy Defense is set in a World War I type of atmosphere except for the fact that all the units in the game are toys. This game is definitely a bit more of a lighthearted type of tower defense title with a bit of humor mixed into it instead of being overly serious. Everything is done is a more ‘doodle’ style of art as well but in a rather really well done way, not just a bunch of chicken scratch. 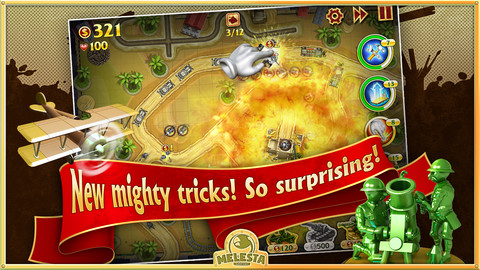 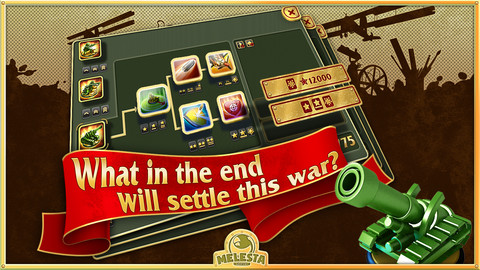 • 24 perfectly designed levels
• Different types of upgradable units such as riflemen, flamethrowers, anti-aircraft guns and cannons
• 4 amazing features in your arsenal: Repairmen – Now towers could be repaired without your assistance. Resurrection – Revive the ruined tower, take part in the battle again. Squashing – Help your army, join the battle. Squash enemy with your finger. Protective barrage – Defend your base. Crush enemy by blast wave!
• 9 types of enemy units to fight off
• Intense World War I atmosphere with amazing graphics and sound effects

Toy Defense doesn’t stray too far for the format most popular tower defense games use. You have plenty of upgradeable units at your disposal to crush your enemies with. It does come with a few unique mechanics that other tower defense games don’t come with including the ability to repair your towers after they get damaged and even the possibility of reviving a tower after it is destroyed.

For those of you who enjoy tower defense games and happen to be looking for a new one to sink your teeth into, you might want to check out Toy Defense. You can grab yourself a copy of Toy Defense off of the Google Play store for free.