Chicken Invaders gets into the Christmas spirit with new Xmas Edition

The Chicken Invaders series has been around for a long time having been created in 1997 before becoming publicly available in 1999. Since then the series has made its way onto just about every platform and Android is included in that, already having multiple Chicken Invader titles available. Now the evil chickens have gotten into the Christmas spirit in a new Xmas Edition.

As the story goes, chicken have long been oppressed by numerous races in the universe include us humans. Now they are taking over planets one at a time, populating them with nothing but chicken and exterminating any other life forms on those planets. Now it is Earth’s turn but luckily they have you to save Earth. You’ll be putting on your non-stick egg-repulsing helmet and fight for our ancestral right to omelets, or at least that is what the description says. 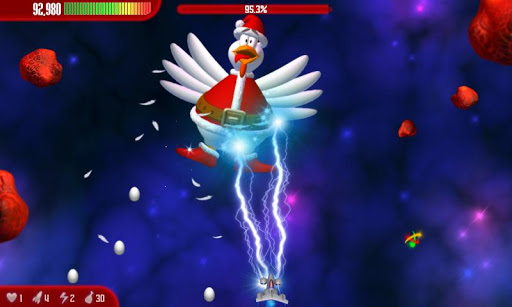 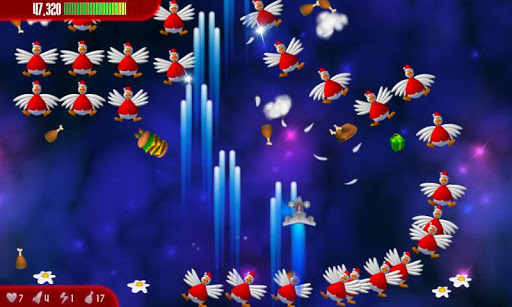 Unlike the previous titles in the series, Chicken Invaders 3: Xmas Edition is completely themed around Christmas, with chickens wearing holiday outfits, presents floating around in space for you to shoot and so on. For those of you who haven’t played any of the Chicken Invaders series, this is basically your standard arcade space shooter, there just happens to be evil intergalactic chickens involved.

If you’re a fan of the series, you can pick up the regular version of Chicken Invaders 3: Xmas Edition off of Google Play for free or you can snap up the HD version for free as well should you want the HD visuals to enjoy.