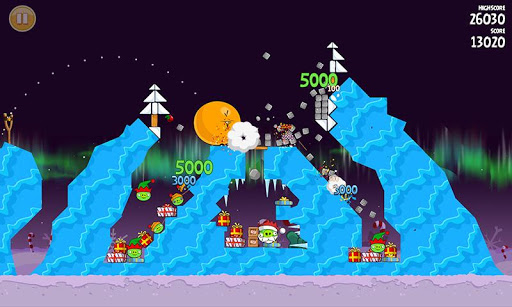 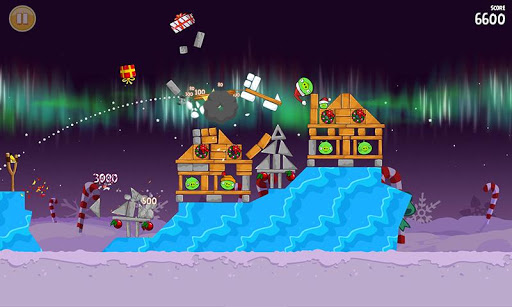 Featuring new winter themed landscapes and the aurora borealis, there are 25 new levels to work your way through in this new update. Since it does use the advent calendar system, you will be treated to a new level unlocking every day until Christmas. There is also a new ice element which brings a bit of a new mechanic to the game since things, from birds to blocks, can slide along it.

According to Rovio, there also appears to be two Golden Eggs levels and a third bonus level which you can unlock by getting 3-star ratings on all the levels. Other that that though, there really isn’t anything else new with this update. If you haven’t downloaded it yet, you can now do so as the update has been live since yesterday.