A new turn-based multiplayer combat game, similar in style to games like Worms, will be making its way to Android in early 2013. Officially named TurtleStrike, this game has players create three different formations using a total of 10 turtles each.  From there players will then use their turns by doing one of the three actions each turtle can do: Move, Shoot a Missile or Shoot a Torpedo. You also have special moves like Shield and “Use Secret Special Weapon”.

The overall goal of the game is similar to Battleships where the players who has all of their turtles blown out of the water loses the game. Multiplayer will be cross-platform so you will be able to play against both iOS and Android players. One unique feature of TurtleStrike is that the developers will hold regular tournaments in-game with prizes of up to $1000 in each tournament. 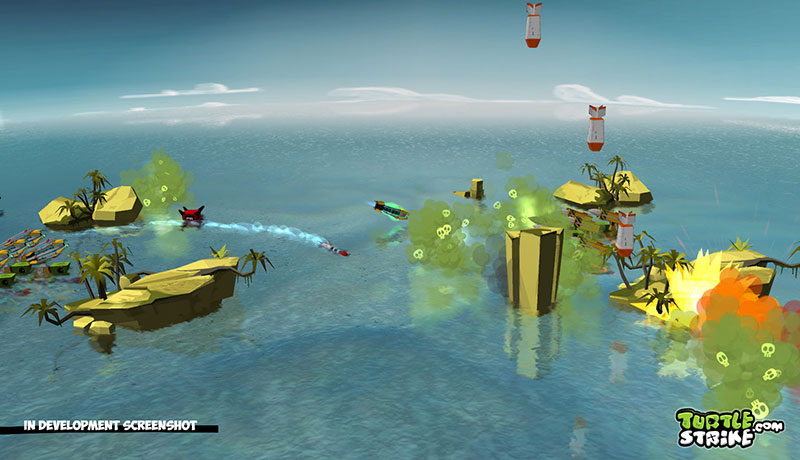 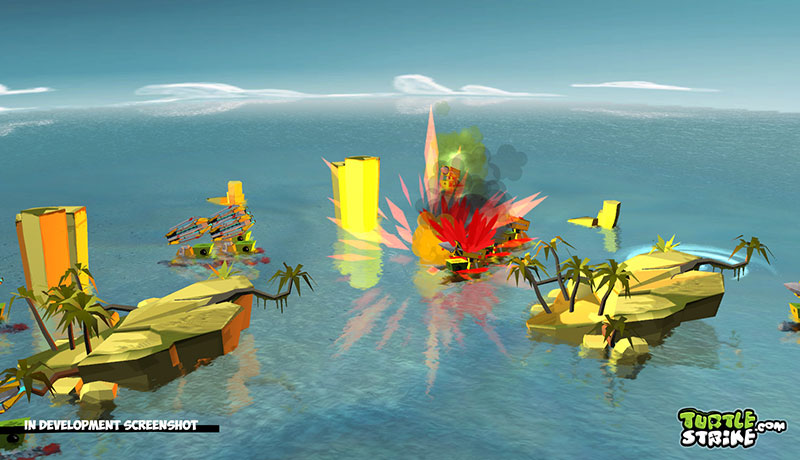 – Regular tournaments with prizes up to US$ 1000.
– No more waiting for your opponent’s turn! TurtleStrike is Live Turn Based game. (Both players take their turns at the same time.)
– Skill-based; easy to learn, hard to master.
– Free to play, but not pay to win. Most of the weapon upgrades are more like “sidegrades.”
– There is minimum communication between your device and the server, no lag even on slow 3G networks.

While this is a turn-based game, it works a little differently then most turn-based games. The developers are labeling this a ‘live turn-based’ game and by that they mean both players will be taking their turns at the same time. This could lead to some interesting gameplay since you will have to try and think of what your opponent is going to do and try to take advantage of that.

Right now TurtleStrike is slated for release some time in Q3 2013. No word no pricing just yet either. It does sound like this could be a very interesting game, especially with the regular tournaments with cash prizes.