Monster Crew is an endless platformer with monsters… plenty of monsters

For those of you who enjoy the endless running genre of games, there happens to be a new endless platformer now up on Google Play called Monster Crew from BonusXP. This little game has you playing as Frankenstein who happens to run endlessly through a rather haunted looking mansion with plenty of platforms and monsters to smash.

You won’t be just smashing monsters but pretty much everything in sight actually, all in the name of collecting loot. The goal is to recover your lost Monster Crew cards and you’ll have to fight your way through plenty of monsters, including bosses, dodge hazards and eventually buy power-ups to help you out. 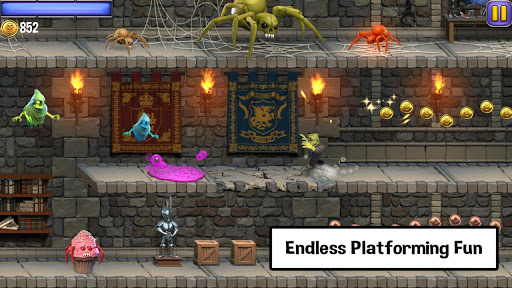 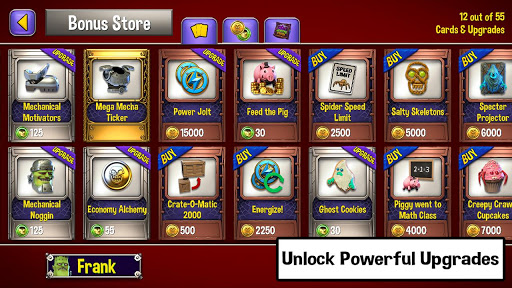 • 17 Mysteries — Explore the Evil Doctor’s castle as you solve thrilling mysteries and unravel the story in this fifteen hour campaign.
• Exciting Combat — Monster Crew is a simple, one-touch game with great platformer combat. Begin by stomping spiders and skeletons and you’ll be taking on screen-sized bosses in no time!
• 25 Bonus Cards and 36 upgrades — Unlock powerful bonus cards as you progress through the story. And remember all that loot you’ve been collecting? Visit the bonus store to spend it on new cards and upgrades.
• Deep Strategy — Monster Crew has an RPG at its core, with a wide-ranging skill tree that offers a nearly unlimited set of play options. Choose a different set of bonus cards for an entirely new game.
• Replayability — No two games are exactly alike, so there’s always a new surprise around the corner.

The interesting part about this endless platformer is that there is actually a storyline to it, one that you will eventually reveal over the course of playing the game. That means there is actually goals and progression in this game, something a lot of endless runners lack. For those of you interested in picking up Monster Crew, you can do so for free off of Google Play.