Wall Street Titan’s development coming along, looks like it could arrive soon

Way back in May of this year we talked about a development studio going by the name of Dark Tonic who had put up a Kickstarter campaign to get funding for their Occupy Wall Street inspired game called Wall Street Titan. Well it looks as though development has come along quite nicely and the first full Android version test has been successful. 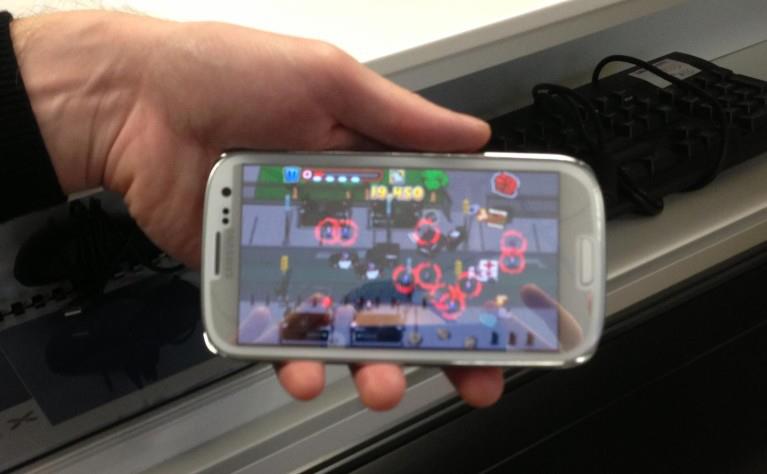 Aside from a few compatibility bugs and other little fixes and tweaks that need to be done, it looks like we could finally see this game arriving on the shores of Android soon. For those of you unfamiliar with Wall Street Titan, the developer is calling this a first-person smash ’em up where players will smash and squish the 1% of the United States population such as bankers while causing mayhem and destruction all over the place.

Visually the game features a unique 2D / 3D look to it which is similar to what you would find in a cel-shaded 3D game in certain ways. Right now Dark Tonic has the game running on a Samsung Galaxy S3 pretty smoothly so it shouldn’t be too long before we will be able to play the game. Unfortunately the above photo was taken with Mr. Blurrycam so if you want to see the visuals up close, you can do so in our previous article about Wall Street Titan.