The crazy tower defense series called Guns n’ Glory from Handy Games has gotten a new installment into the series today called Guns n’ Glory Heroes. This new addition to the franchise brings with it a whole new theme, just like the previous games, which also means all new units and maps to play through.

Guns n’ Glory Heroes features a new fantasy theme to it where all the units and maps reflect the medieval time period. You will have knights and other themed units to place as you defend your castle and other similar time period landmarks from invading swarms of orcs, goblins and other fantastical enemies. 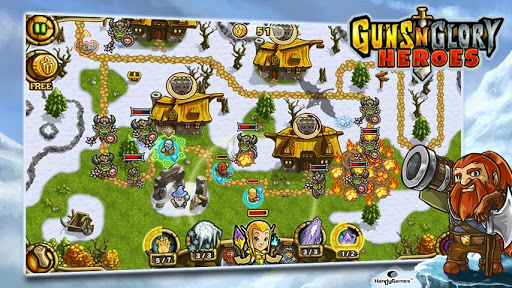 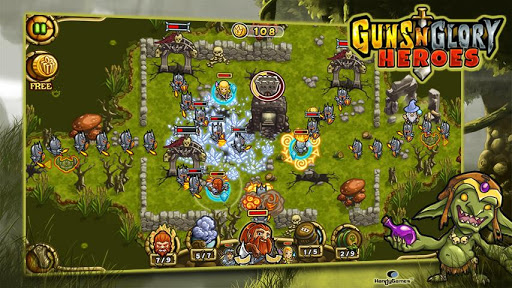 – Newest entry in the popular Guns’n’Glory series
– Epic fantasy defense action with Elves and Dwarves
– Control 3 mighty heroes in their battle against the Orcs
– Use and improve your 12 powerful combat abilities
– Journey into forests, swamps and snowy mountains in 50 challenging levels
– Experience an enchanting storyline spanning 5 exciting chapters
– Prove your tactical skills and master the Heroic Difficulty mode

While this is a totally new game it does come with the same dynamic tower defense game mechanic all the previous titles came with. That means even though you’ve placed a ‘tower’ down somewhere, you have the ability to move them around the map to adjust to where the enemies are coming from at any time. 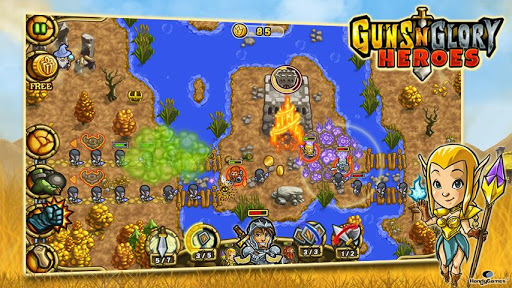 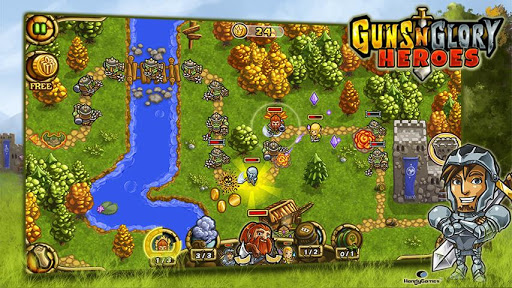 If you’re a fan of the previous two Guns n’ Glory games then you’ll want to check this new one out. You can snag yourself a copy of Guns n’ Glory Heroes off of the Google Play store for $0.99 or you can download the full free version which is ad-supported.