A new retro-style arcade shooter has landed on Google Play called Vritra. Developed by Salvo Inc., this particular arcade shooter is almost a bullet hell type of shooter. We say almost because while there is a lot of bullets to dodge and shoot, there isn’t the amount you would find in a true bullet hell game but there is more than what you find in your average arcade shooter. 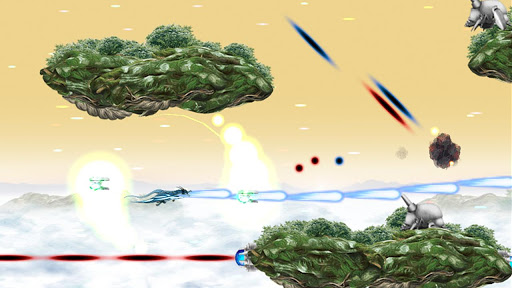 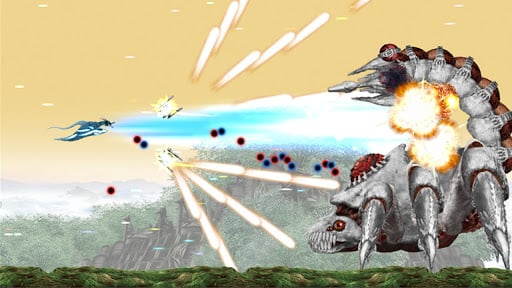 Vritra is a homage to the 80’s and 90’s where space shooter arcade games were popular and hard to complete. In this game you control your dragon, along with their Vajra, and proceed to nuke as many enemies out of the sky as you can. There are four different Vajra’s that you’ll be taking advantage of depending on the situation. Think of Vajra’s as being add-ons to your dragon and are your actual weapons that shoot.

Each Vajra has a different weapon style as well as different boost specials for each one and mastering using them is key to actually get far in this game. Interestingly enough, Vritra supports a rather unique feature that allows users to download and watch replays of other players attempts at finishing the game. This way you can learn where you went wrong by watching someone else finish the stage you’re stuck on.

For those of you who are fans of titles that are much tougher than your standard arcade shooter but not as ridiculously infuriating as bullet hell shooters are, you might want to check this game out. There is a free version of Vritra called Vritra Digest which appears to be a demo version but if you want the full game you’ll have to pay $1.99 for it.