Sega bounces back onto Google Play with Sonic Jump

Another game we mentioned previously that Sega would be releasing on Android at some point has now finally arrive. Sonic Jump is a jumping platformer where you control Sonic who needs to get through a bunch of stages in order to complete his quest to defeat Dr. Eggman. Instead of the levels being side-scroll like normal Sonic the Hedgehog games are, this one is a vertical platformer instead.

Sonic Jump will also let you play as different characters from the series and not just Sonic. As you collect rings through each stage you will be able to use those rings to purchase new characters to play as and different power-ups to use. Interestingly enough, even though there are 48 stages to get through, Sega is already working on bringing more worlds to the game in future free updates. 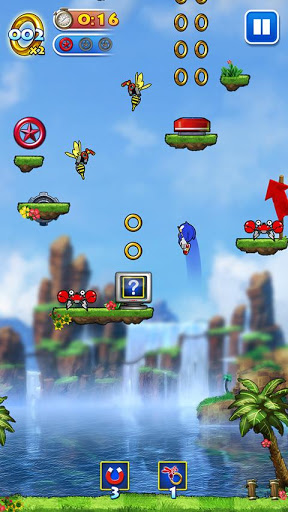 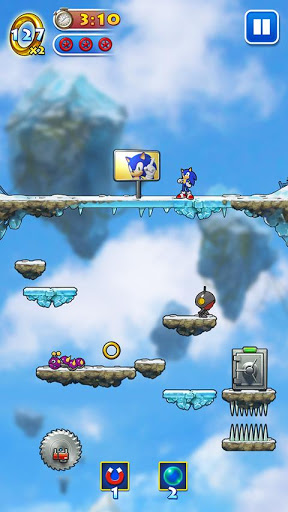 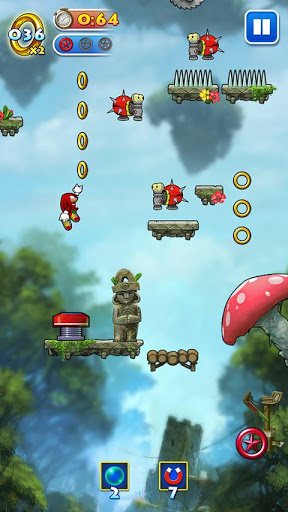 – MULTIPLE CHARACTERS: Play as your favourite characters including Sonic, Tails & Knuckles, each with their own unique abilities.
– AMAZING WORLDS: Jump across the legendary Green Hill Zone or take to new worlds including Mountain & Jungle Zones.
– STORY MODE: Leap through 48 different levels on a quest to stop the evil Dr. Eggman.
– ARCADE MODE: Jump until you drop in the infinite Arcade Mode, where where it ends depends on how long you can jump for.
– BOSS BATTLES: Fight in epic boss battles between Sonic and his arch-rival Dr. Eggman!
– CHALLENGE FRIENDS: Compete against friends to see who can jump highest in Arcade Mode or set epic scores in leaderboards.
– UNLOCK MORE: Collect rings as you play the game, or purchase them in store, to unlock characters, power ups and more.

There is also an Arcade Mode which turn the game into an endless jumper where you keep going as high as you can until you die. Lastly, there are boss fights as well in Story Mode that you will have to deal with. For those of you ready toplay this verticel platformer, you can pick Sonic Jump off of the Google Play store for $1.99.