DroidGamers News: So about that secret project we’ve been working on…

Over the past few months we have mentioned here and there that we have been working on a secret project that isn’t the site redesign. We have managed to keep our mouths shut about this project, which was very hard to do I might add, in order to keep it a surprise. Well the project is done and we are happy to finally reveal what it is. Ready?

While most news sites have some sort of bus or other massive vehicle to travel in, we tend to do things a bit differently here at DroidGamers. We’ve always been proud to have a unique design for the site and tend to try and set ourselves apart from everyone else. We also happen to be hardcore gamers whether it be mobile or on another platform. Taking that into consideration, we’ve decided to build the official DroidGamers car. We are nuts right? 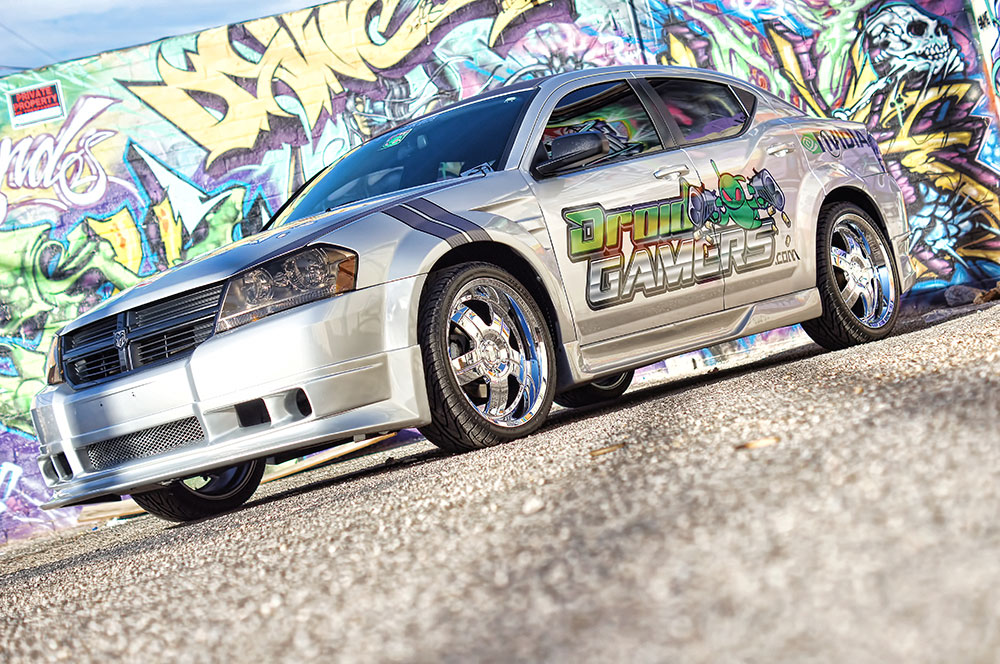 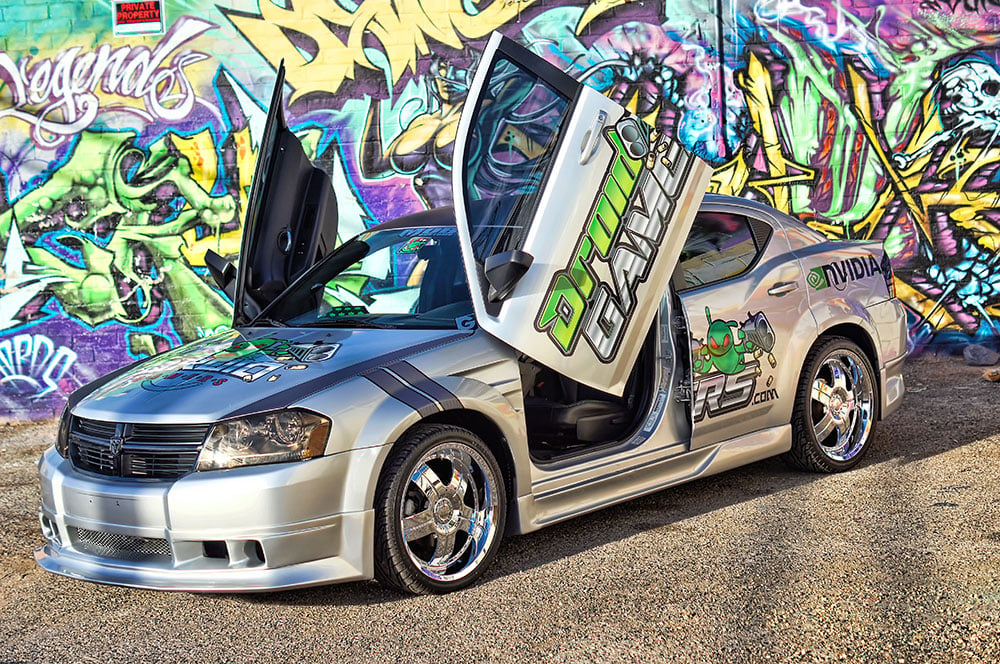 nVidia threw a couple of tablets our way to help out and SteelSeries tossed us a few of their Free mobile gaming controllers as well. So we decided to return the favor and put nVidia’s name on the car for a little bit and we will be adding SteelSeries on there shortly as well. However, let’s get into the good stuff shall we?

This car sports three Nexus 7 tablets, one in the front passenger dashboard while the other two are in the front set headrests for people in the back. Each one has their own Free mobile gaming controller that runs through Bluetooth. Speaking of Bluetooth, each tablet has the ability to connect through the rather loud stereo we put in there so gaming is more of a theatrical event, at least sound-wise. 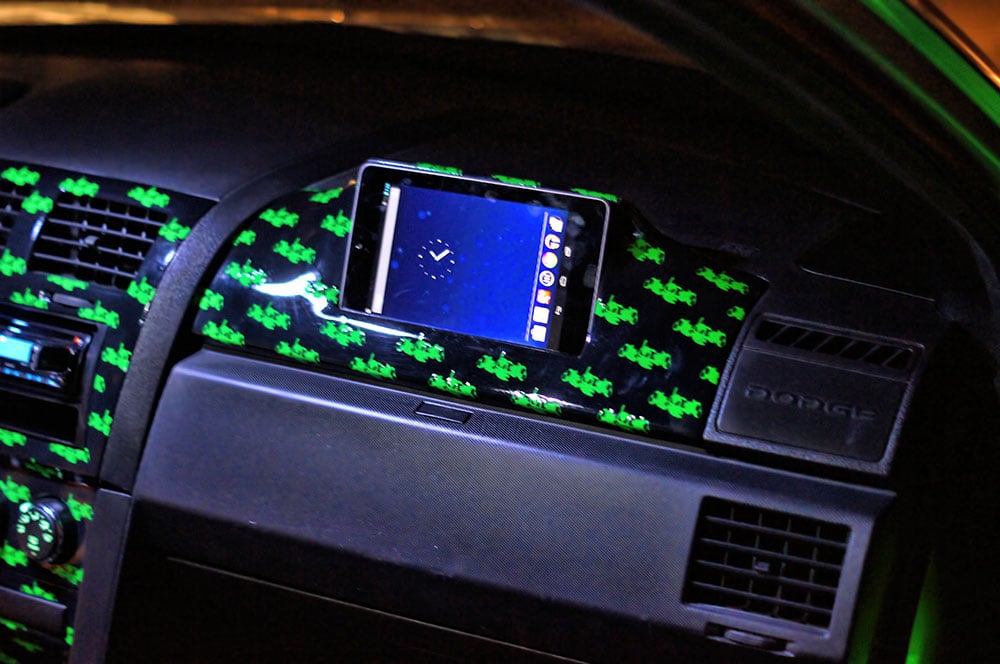 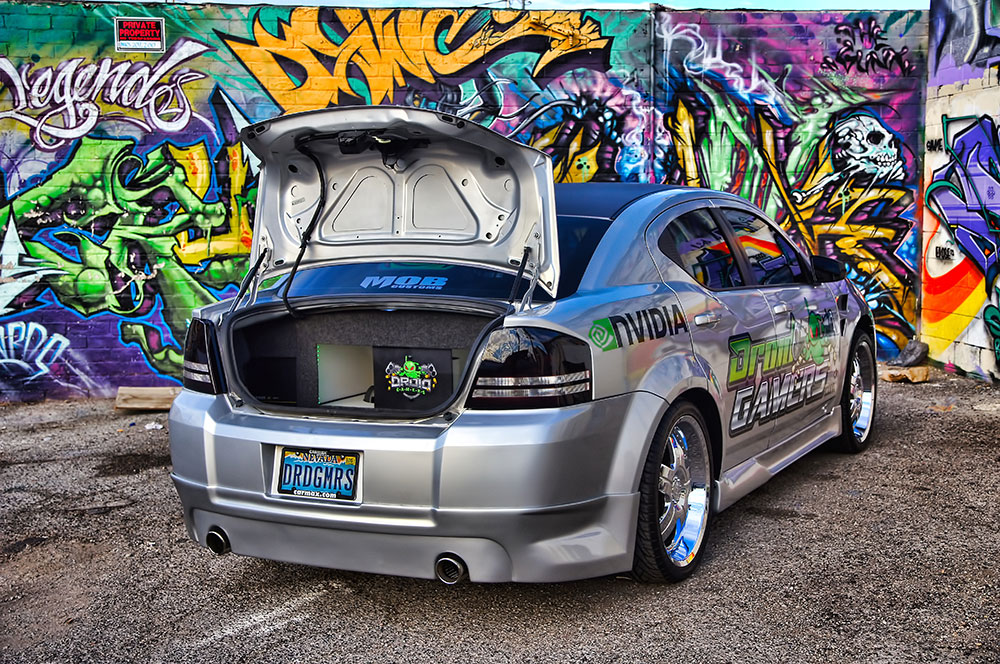 Staying with the interior, we also did some appropriate customizing to our car’s inner sanctuary to properly reflect who we are and what we love. It is also fully equipped with the internet as well. On the outside we have made some subtle changes to just let anyone know that happens to be looking our way who we are, seen in the first images. We’ve also ensured that during the night time that people can see us as well. 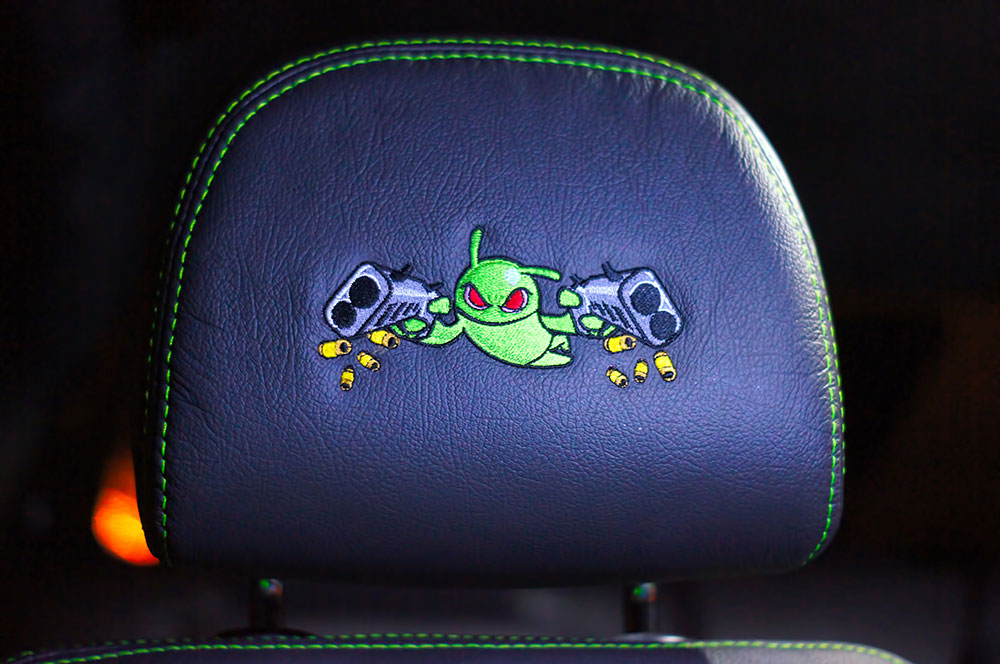 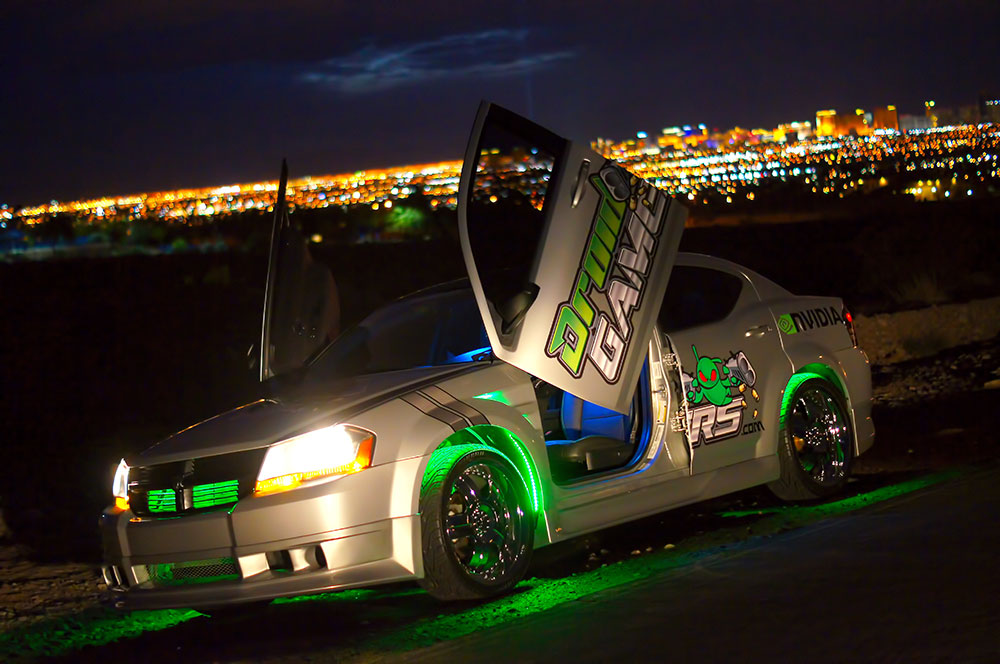 The cool thing about this is that we will be driving it every where we go and we will announce randomly where you can find us for a chance to win some DroidGamers swag or even devices like tablets and phones. Sort of like a radio station. Obviously this is for North American residents but fear not my European friends, we are looking into making one of these for other there as well. It’ll just take us a bit since regulations are slightly different over there (your insurance scares us).

So, to kick off the new year we have a new site design and a new gaming car. To celebrate this, we are going to start giving away goodies on Monday January 7th, 2012 because we like to really torture ourselves during CES. If you happen to be near CES, we will be there with the car should you want to sit in there and play some games with us. If you want a full list of everything done to this car, let us know in the comments below and we will add it.

For those of you who live in the area (Las Vegas), all work was done through Mob Customs so if you’re looking to get some customization done to your car, you might want to give them a shout.