Archos was present at CES 2013 and they had a few tablets available for us to get some hands-on time with. While the one we were most interested in happen to be there, the Gamepad, Archos also had another tablet there that caught our interest, the Familypad 2.

The Familypad 2 is a big 13.3″ Android tablet running at 1280×800 resolution on its IPS display. Powering it is a 1.6 GHz dual-core CPU (Cortex A9’s) with a quad-core GPU, 1GB of RAM and 16GB of storage. Everything looked pretty good on the big screen and performance-wise everything ran rather smoothly. It also comes with Android’s Jelly Bean out of the box. 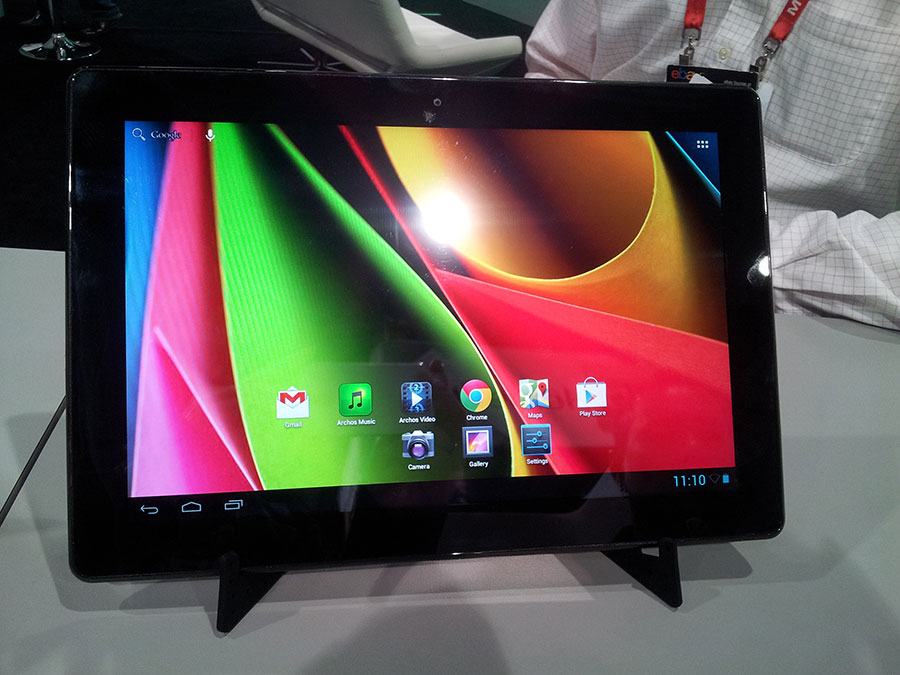 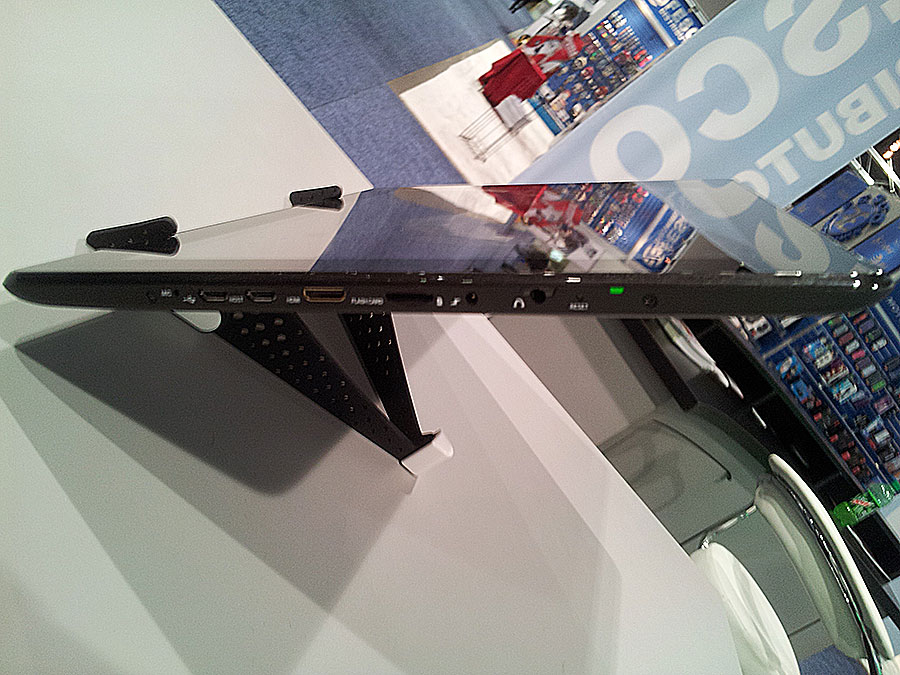 While the Familypad 2 is a rather large tablet, it didn’t really come off as being overly heavy or bulky. As the name denotes, this tablet is for doing things together with family and friends whether it be watching TV shows or movies, reading magazines or playing games.

Right now Archos is looking at a price somewhere around the $299 mark which makes the Archos Familypad 2 a pretty good value for what you’re getting hardware-wise and just for its sheer size. We are waiting to find out exactly when it will be available for purchase.

The Archos Gamepad is what we were really looking forward to trying out and Archos had a couple of units there for people to fondle. With only two real gaming focused tablets for Android heading our way right now, lots of people are waiting to see if the Archos Gamepad is the one to get or if the Wikipad is where it will be at. 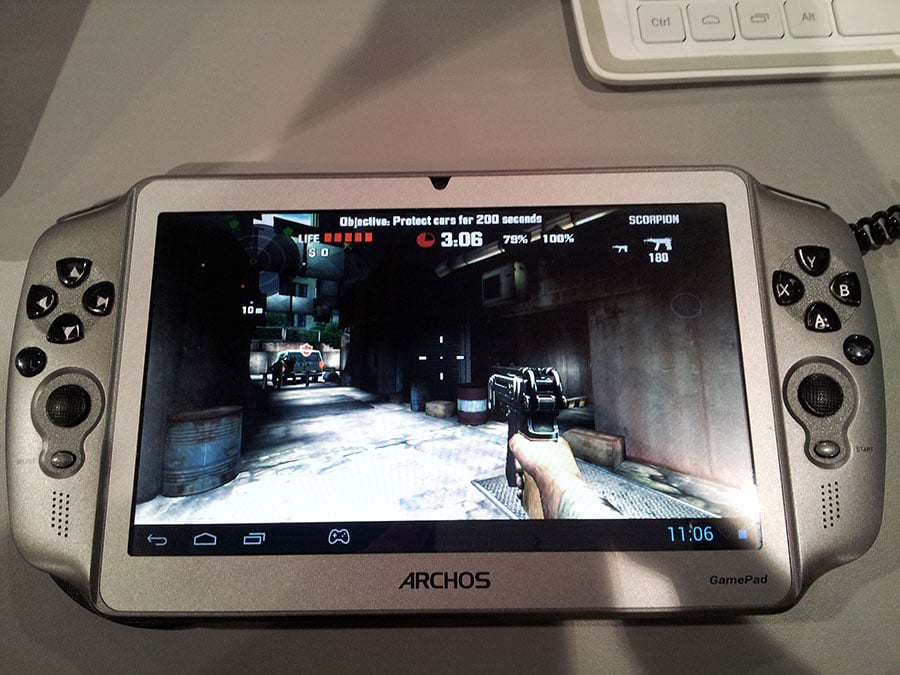 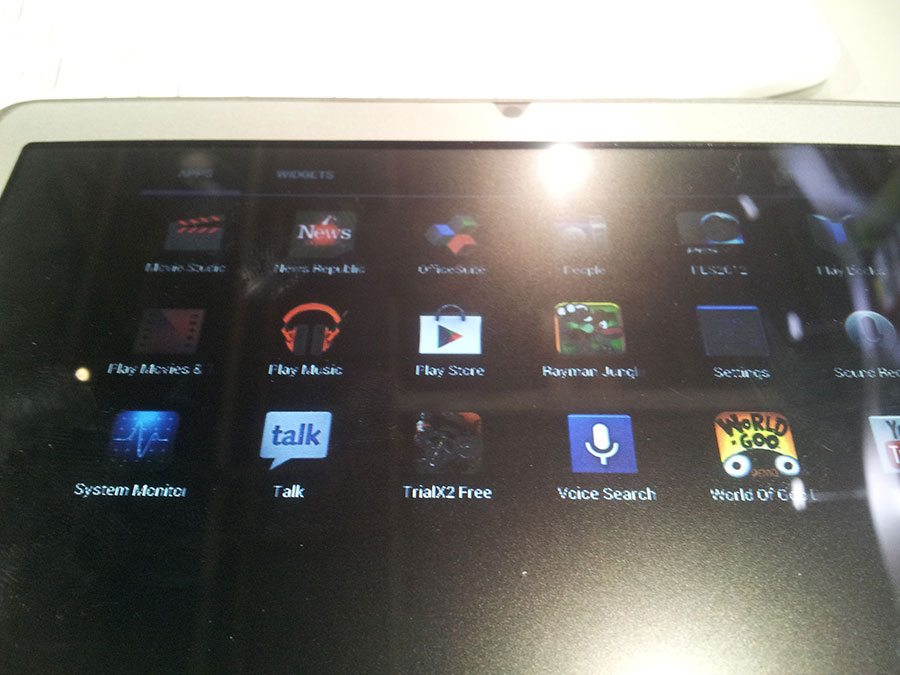 At first glace this tablet looks like it could do the job it is supposed to do well. The screen isn’t glossy like most screens are and it appears that it has some sort of anti-glare coating on it. It comes with all the controls you could want including dual-joysticks (the black circles at the bottom of each side), a D-Pad (top left), 4 buttons (Top right) and shoulder buttons located at the very top edge. Google Play access also comes with the Archos Gamepad.

We fired up Dead Trigger on the Gamepad and while the buttons feel good when shooting and doing over various actions in-game, the dual-joysticks have a lot of resistance to them. We aren’t sure if this is because these are fairly new units which need to be broken in or if the springs for the joysticks are just that tight. Either way it made using them a bit of a chore, having us over-compensate by using more effort to move the joysticks which, at times, made our character go too far in one direction. This also made for a problem with precise aiming. 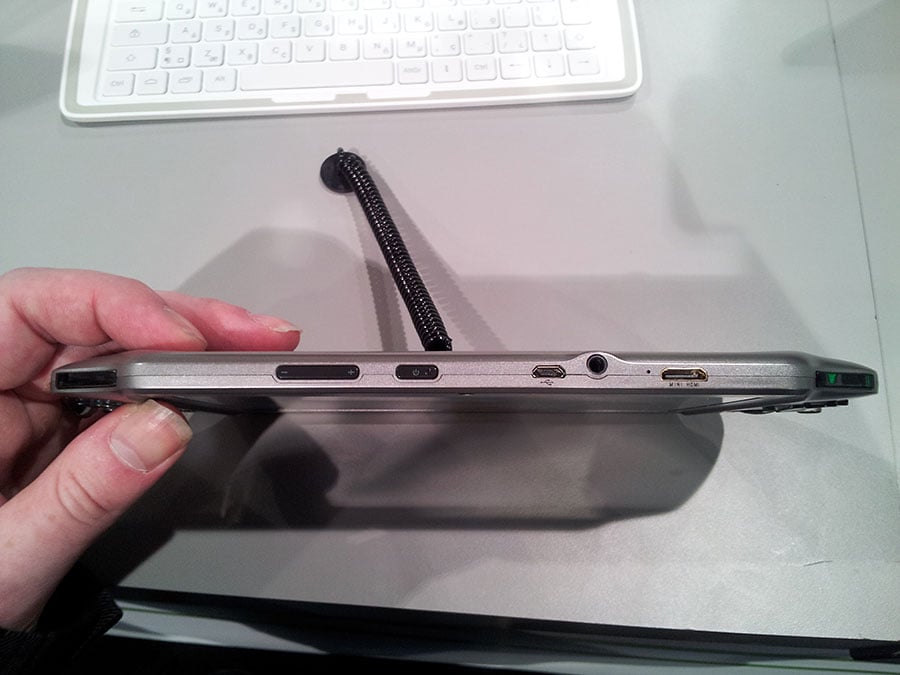 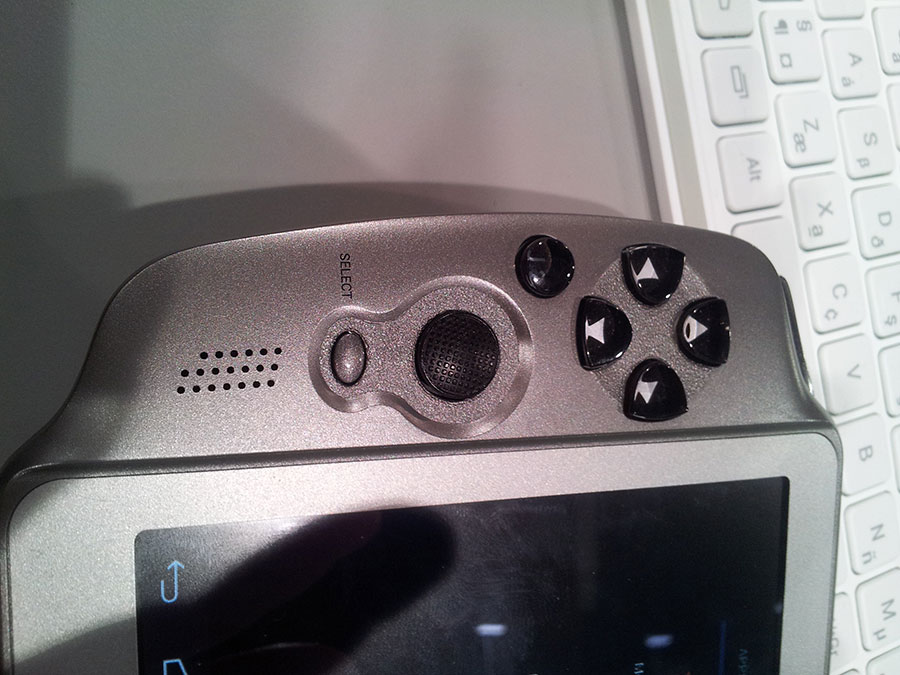 The buttons are located close enough where using them is fine but it does take a couple of seconds to move your thumb from the joystick to the buttons and back. In a game, a few seconds can kill you. The unit itself is incredibly light with the body made of a plastic feeling material. Unfortunately this also gives off the feeling that you could snap the Gamepad in half while using it.

Of course this isn’t a full review of the Archos Gamepad, just our initial impressions after using it for about five minutes. We will reserve full judgement after we get a unit and beat it up for awhile. Still for the casual gamer, being priced around $169-$199, its a decent little tablet geared towards gaming. The Gamepad is slated for launch this February.