Well it is a new year here at DroidGamers. We have a new website design and a somewhat new column: Larry’s (the incredible edible squirrel) Play Corner. We started this a few months ago but now we are back and ready to go. In this column, Larry will provide some short reviews / summaries on some of the other the neat games and apps out there on Google Play. Enjoy! 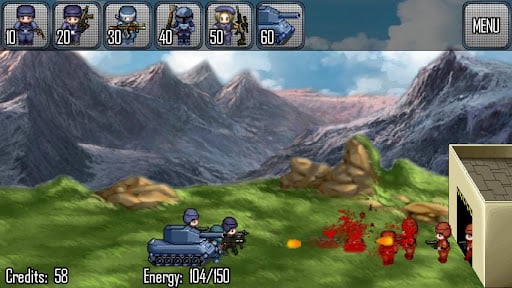 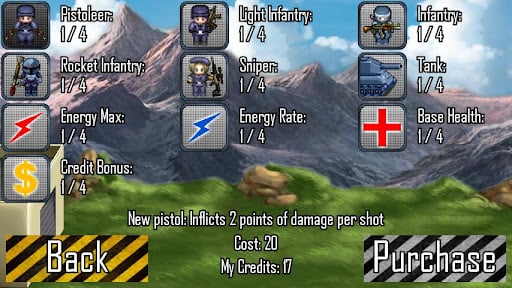 Mini Wars is a simple but action packed game.  You are the commander of an army and your job is to destroy the advancing army. You start on one side of the screen and produce the units you need to stop the red army’s advance. The red army will begin from its base on the other side of the screen. You start off with some energy which can be used to purchase units. As time goes on, you will earn more energy which can be used to purchase more units.  The units you can produce are shown on the top of the screen.

The key to the game is producing enough units to stop the enemy.  The enemy keeps coming so you need to continually produce more units. The better units will take more energy thus more time to make so you need to plan wisely. Whoever produces the most troops will usually win. The game can be a bit repetitive but still it pretty fun and is a favorite of my kids.  The game comes with over 30 levels and as you complete levels, you can purchase various upgrades to your units.

Star the Rockets! by Webgames LLC 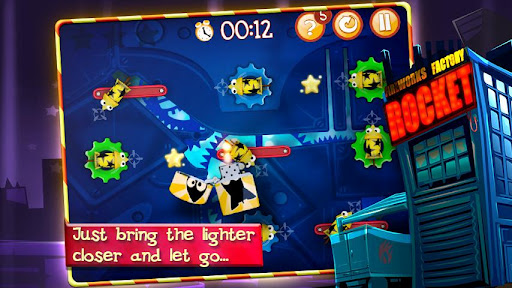 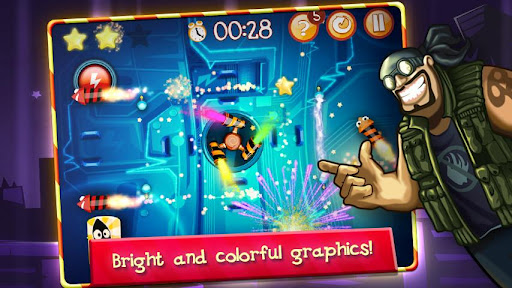 Start the Rockets! is a puzzle game, that is setup very similarly to other games such as Angry Birds, Cut the Rope, etc. In the game, you need to shoot off one rocket and hit the other rocket(s) to set them off. Once all of the rockets are gone, the level is complete. Now each level also has three stars that you want to try and collect. The rockets are set in place but you can change the direction by taping on the rocket. When you are ready to go, simply put the lighter up to the rocket and off they go.

To add another wrinkle to the game, a timer begins when you start each level, so you want to try and figure out what to do quickly.  You can replay any level and you unlock them as you go. The game has three worlds and each world has its own mechanics. The full version thus has 135 levels, 45 in each world. Overall, I like the game. The graphic and music are good and the game does provide some challenge, so if you like puzzle games, give it a try.