Your Next Console Might Not Come From Nintendo, Sony and Microsoft: Mobile Gaming and its Future

Every year the Consumer Electronic Show is flooded with over caffeinated tech journalists, bloggers and enthusiasts feverishly hoping to glimpse the future of technology. It’s akin to Christmas for the world of tech. On any given year CES is the de facto for debuting PC hardware, various gizmos and the occasional gaming peripherals.

However 2013’s convention saw a boom in the gaming space. Spearheaded by the likes of NVIDIA’s “Project Shield”, Tegra 4, Ouya, Razor’s Gaming Tablet and numerous other players, these companies are seeking the matrimony between smartphone and consoles.

These products are no shot in the dark. CES dramatic shift in gaming is a reflection of the industry’s road to mobile gaming and whether or not companies decide to take the path can impact their revenue. As mobile gaming continues to eat away at market shares, developers can no longer afford to dismiss the behemoth that is mobile gaming. With over $12.3 billion the past year alone developers are now finally attempting to take a slice of the pie leaving dedicated handhelds with abysmal sales. Even major publishers such as EA and SEGA are jumping aboard.

We are fast approaching a post PC era (just try counting the number of hybrid laptop/tablet hardware released in 2012 in one hand. No dice.) where reaching the internet is no longer tied to a desktop — and it’s taking console quality gaming along for the ride. 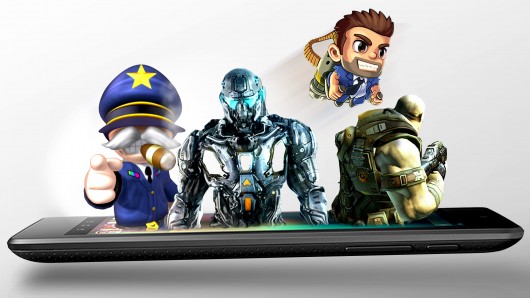 Remember the point and shoots of yesteryear? How about PMP’s? Thanks to the exploding popularity of smartphones these dedicated devices have essentially been killed off. Who likes carrying numerous devices in their pocket when one can function as well, if not better? In a way, the same can be said for consoles and PC’s (cue fanboy rage), why limit triple A games to just basements and living rooms? Smartphones and tablets can deliver the same experience from anywhere in the world. Sure many gamers would scoff at the idea say:

As an owner of two current gen consoles (and admittedly,a subscriber to Call of Duty Annually) I agree- to an extent.

After Nintendo’s unveiling of the Wii, the gaming world was reluctantly to call the motion controlled console a dedicated gaming machine. It was underpowered,lacked HD visuals and concerns about motion control fatigue kept many at bay. Fast forward years later and Nintendo’s little white box that could is on top of the console food chain and undeniably gave birth to casual gaming.

Similarly, the infant years of the smartphone boom saw casual games littering iOS and Android marketplace at a breakneck pace. Angry Birds, Doodle Jump, Cut the Rope, Fruit Ninja and various puzzle games, these were something your grandmother might have enjoyed. Throw in a handful of tower defense games for the hardcore players and this was more or less the current state of mobile gaming from 2007-2010.

And this is where mobile gaming, specifically Android, falls from the seeds of the casual Wii and into the branches of PC and console.

These past few years saw major leaps in mobile gaming. Beginning with the earliest Gameloft games (original Modern Combat anyone?), to Tegra 2 and well into the present and future. The visual upgrade in today’s games have skipped a few generations that consoles and PCs took decades to reach. We’re at a point of mobile gaming where developers are offering games with HD visuals for free (albeit with in app purchases). If that isn’t mind boggling enough, publishers have ported their classic and new titles to smartphones and tablets. For those craving something a bit closer to home can just stream console and PC games with OnLive, Splashtop or existing bank breaking Steam games with the aforementioned Project Shield.

This year’s CES proved to be a milestone in mobile computing and gaming. Tegra 4 and Samsung’s gut wrenching 8 core Exynos 5 Octa processor is any gamer wet dream pushing past the boundaries of today’s standard mobile graphics. Along with last years focus on controllers (a trend that seems to be continuing well into 2013), impressive touch screens that transforms into buttons it’s tough to say there’s a chance that the touch control epidemic will be a thing of the past. Still not convinced? Strap, pair or connect a PS3, a controller of your choice, OTG, or Sixaxis app to your smart device and call it a day. 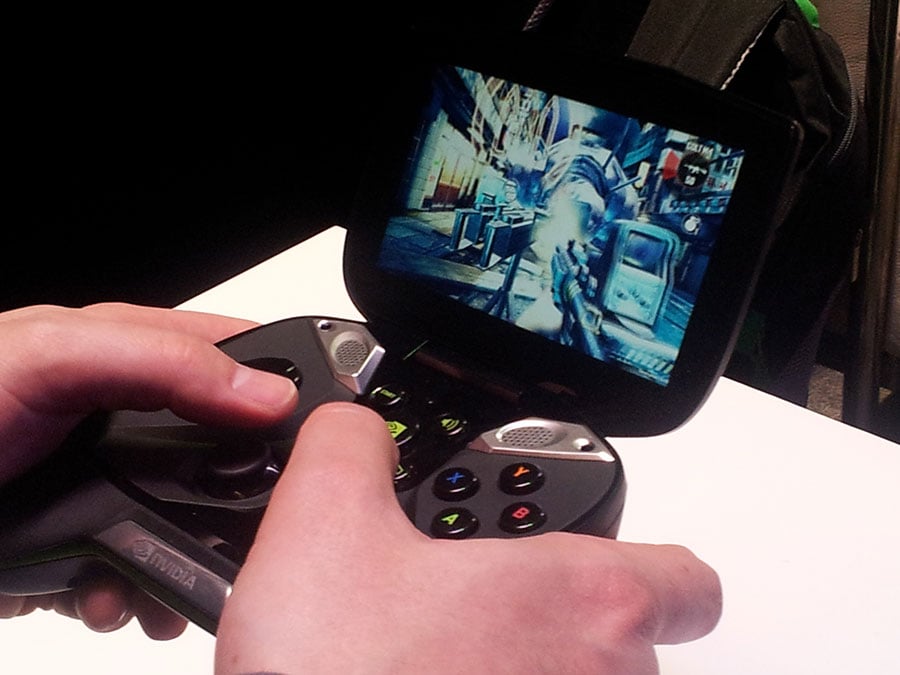 As technology and gaming tend to overlap, all the bells and whistles of your smartphone and tablet tend to translate into games. Now, they may be gimmicky but when used correctly, they deliver an experience that consoles and PC can’t match. Case in point: Ingress a game that transforms your landscape into a playground. This article won’t delve much into the game, but if you’d like to play a game that’s not tethered to your couch and TV, look no further.

Don’t mistake this articles as a declaration for the console’s end of days. At the current rate mobile gaming is growing it is poised to overshadow consoles in the next few cycle. As the Verge points out “In a year, ARM chipsets like Tegra will likely match the Xbox 360 for power — and who’s to say they won’t catch up with the PS4 [next-gen] Xbox 720 a few years after that?”

To their credit, the unveiling of 4k (and 8k) resolution television means console gaming is about to get a whole lot prettier. Microsoft seems to be making innovative strides as well. Kinect has potential gameplay elements that can’t be mimicked on mobile platforms and the recently unveiled IlumiRoom ensures that the Redmond based company still is a force to be reckoned with. Oculus Rift is another home console that can revolutionize the immersive gameplay experience — if it were only available anytime soon.

Though it’s all not chocolate and roses for mobile gaming either. This once niche market still has some major growing up to do. Micro transaction models tend to nickel and dime gamers creating an unfair playing field. Google’s dropped support for external storage and abysmal built-in memory makes data management an excruciating pain, a dim future for game packing in over 1gb. Data caps and their absurd pricing means multiplayer game will stay local. Batteries are a smart device’s ball and chain. Manufacturers insists on slapping larger milliamps instead of innovating. Android seems to struggle with optimizations. Developers still insists on slapping on screen controls. In comparison to console’s 5-10 year life cycles, smartphones $500 price tag feel horribly outdated after a year thanks to developers’ dropping support in favor of newer and faster phones.

To bring the point home, consoles won’t be nearing their deathbed anytime soon. However unless they buck the trend of just delivering graphical updates with each cycle, mobile gaming’s rapid popularity and technological growth will likely replace your home console. If not this generation then surely the next. Though it’s best to keep in mind, it’s not the hardware that makes a console, it’s the games.

Agree, disagree? Where do you think mobile gaming will go next?