Google seems to be on top of things and has taken down all of the fake Temple Run 2 apps so far pretty quickly. However, this doesn’t mean more won’t pop up as the days before the game’s actual release dwindles. The developer’s confirmed these apps are fake on their Twitter account and congratulated Google on taking them down so fast as well. 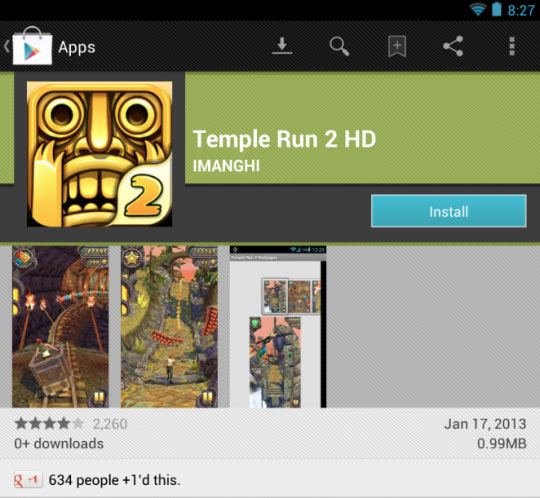 We’ve mentioned steps one can take in past PSA style articles of this nature to avoid downloading fake apps so we won’t repeat them again here. We will say this though, just make sure you know what you’re downloading and if you don’t, a quick Google Search will help you out in finding information as to whether the game, or its developer, is legit. In this case, Imangi Studios isn’t releasing the game onto Google Play until January 24th, 2013 and it’s been widely reported on so anything showing up on Google Play before then is fake.