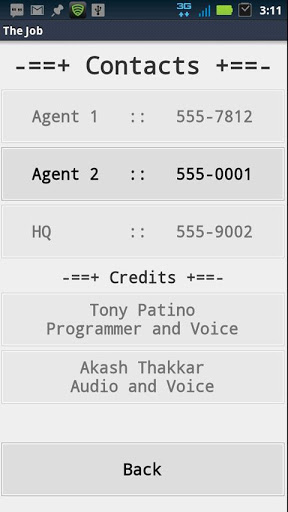 Thankfully the past years Ludum Dare (25) gave spotlight to one of the most innovative game’s we’ve seen so far: Agents. With 72 hours of allotted time, the developers created a game experience not typically seen on any gaming platform. Using voice commands, you are entrusted in guiding your special agents through hazardous enemy territory. Think Neo and Morpheus in the office scene of The Matrix. The agents on the other end of the line can aide you visually by describing their landscape and scenarios. You can also toggle between agents as you make your way through the weapons factory.  It’s pretty nifty.

As being developed in under three days the game does suffer from voice recognition. I did have to repeat my commands and the game is currently available only to English speakers. Yet with enough polish, Agents could be an engrossing experience. Be sure to check the developer video below and if you want to download a copy of Agents you can do so for free off of Google Play.