Way back in 2011 we talked about a new racing game Polarbit had been working on called Cracking Sands. This particular racing game is a little different than there normal type of racing game that the company releases and that is because it is more of a kart racing style game with defensive and offensive power-ups you can use.

The real focus of this game is the combat aspects with more realistic power-ups and weaponry than what you would find in Mario Kart or similar games. Things like mounted machine guns, rocket launchers, land mines and so on will be at your disposal for you to use to take out opponents you’re racing against. 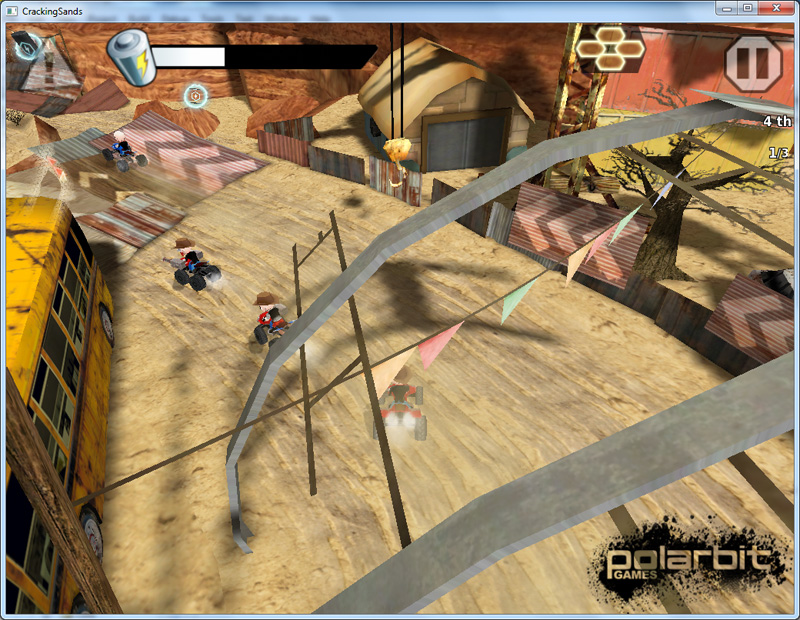 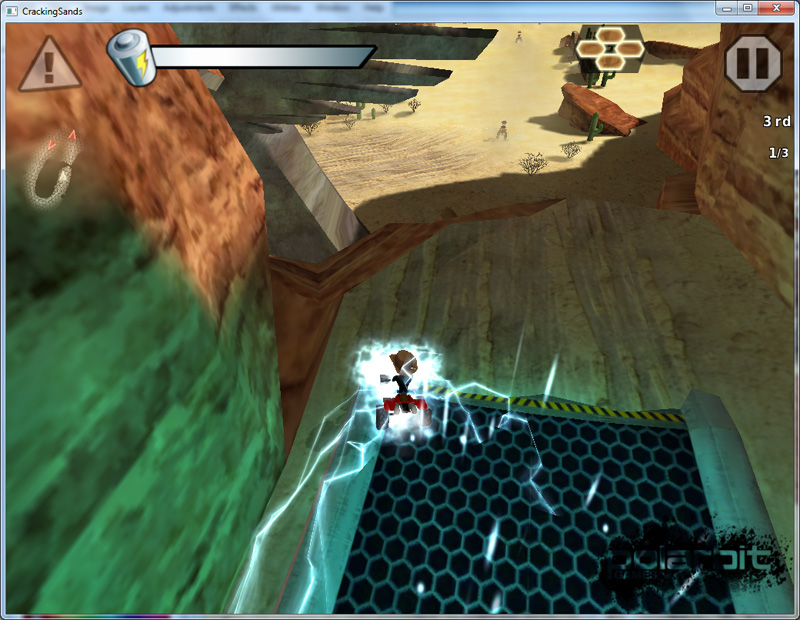 There will be other customizing options available as well such as picking a driver, customizing your vehicle and things of that nature. As for multiplayer functionality, we are not exactly sure if that will be included just yet but it would stand to reason that it would be considering the type of racing game this is.

So Cracking Sands is finally going to be released after being worked on for over a year and a half. No word just yet on pricing but we will find all of that out when the game lands on Google Play on January 24th, 2013.