Polarbit is a renowned developer in the world of mobile gaming, not the least due to their Reckless Racing series which is a fan favorite. Their latest endeavor brings us Cracking Sands, a game that promises action-packed death races featuring small karts and big guns. Does it deliver on that promise though? Read on to find out.

In Cracking Sands, you go up against five other dudes in races that comprise of more combat and less emphasis on the actual racing aspect of things. There are three different types of races – the regular kind, elimination and head of the pack. There’s a campaign mode that offers 10 cups in total which takes you through diverse environments, and also a multiplayer mode that I sadly couldn’t test as not a single soul appeared to be online. 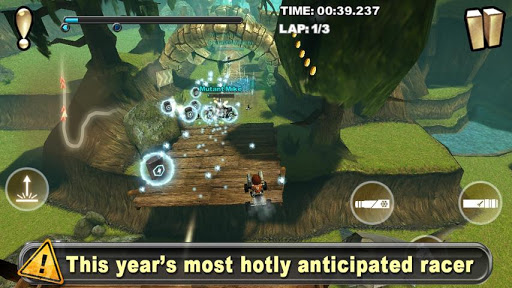 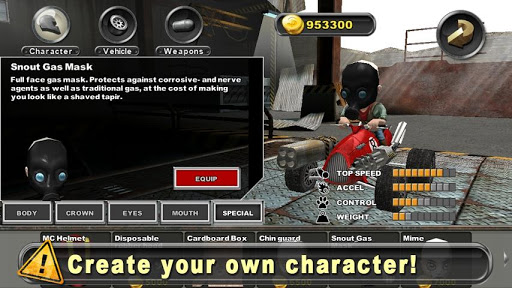 As you win races or make it to the podium while playing the campaign, you earn coins which you can spend on upgrading or purchasing a new kart, customizing your character and strengthening your weapons arsenal. You can also obtain coins the lazy man’s way by making in-app purchases, but fear not as I’m happy to tell you that the IAPs here are not a game breaker.

There are two positive things that can be associated with Cracking Sands. One is the wealth of content – there are so many maps (about 20!), decent number of gameplay modes, lots of customization options and a weapons arsenal that’d put that of the US military to shame. The second is its imperious graphics which boasts of a lot of animations in the environment such as dust, fires, real-time shadows and cloth simulation. 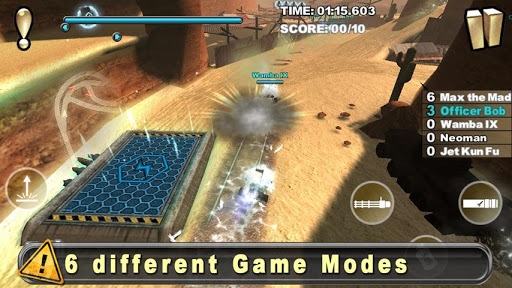 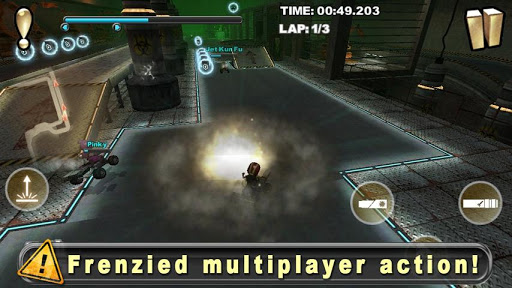 Sadly, the rest of Cracking Sands seems rather broken. First off, there is simply too much going-on on the screen in terms of visual effects, so much so you’ll have a hard time seeing your kart amidst all of that. This inadvertently leads to massive amounts of lag as the game slows down to a crawl. Then, there’s the issue with the camera – your kart is so small on the screen. It’s not very good at following your kart either. At times you won’t be able to see your kart at all, and very often you’ll find yourself getting stuck between rocks.

The controls are a big issue as well. There’s only tilt-to-steer here, and even then it is jerky and doesn’t perform consistently making it hard to control the kart. The lack of on-screen left/right buttons is obvious because there are already five other buttons on the screen. The placement of these buttons is appalling – a single jump button on the left (which to be honest I rarely ever use) and the four power-up buttons lumped to the right. So, at any one time, you can only use one power-up; no chance to use boost while firing your machinegun. Where’s the fun in that?

Additionally, the power-ups themselves seem to be a problem and lack balance. For example, I found the mines to be absolutely horrid and game-breaking. You can’t see them, and every so often you run into one causing immense frustration. It’d be better if you could visually make them out and take evasive action. There appeared to be issues with some weapons too – the guided missile for instance requires you to control it in a first person view (why?!) but I found the controls to be totally off for this.

Cracking Sands holds much promise, but under-delivers on it. The content and customization options are impressive and abundant, and the visuals are sweet (if not overdone), but that is about where the superlatives end. Performance leaves a lot to be desired, there’s just too much action on screen, the controls seem poorly thought-out, the power-ups lack balance and above all the whole experience of playing the game is devoid of a sense of satisfaction. As such, I regret to let you know that in its current guise Cracking Sands is simply not worth getting, irrespective of its price.