Today we cover a couple of cool game, one where you can eat my dust and the other where you are turned into space dust (if you are not careful). Both have great graphics and quite enjoyable. 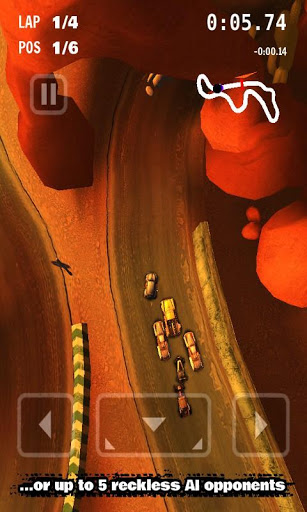 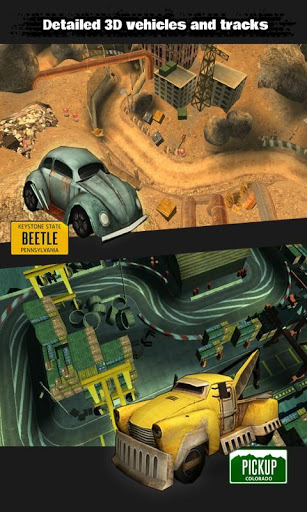 This is a fun and somewhat challenging racing game.  There is a free and paid version of it. The free version has ads, comes with 2 cars and 2 tracks, and has no Tournament mode. The full version has Quick Race, Time Trial and Tournament modes. When you are doing a race, you can choose the car and the track you want to race on.  Now each car is unique and so it is important to use the best car for the track you choose.  You can also pick the number of cars you race and the number of laps.

You play the game portrait mode and control your car with on screen arrow keys.  I found it a bit hard to control using the arrow keys (on a small screen) but it might just be me. The graphics and music are great in the game and overall it is a fun racing game with lot of options to provide a good amount of gaming (racing).

Starship Commander reminds me of the old time space arcade games. You control one ship and have to destroy the waves of fighters coming at you. To shoot, simply have your finger on the screen to move you ship, firing is automatic.  The game is free but you can unlock all levels via an in app purchase.  The game has 7 different alien races with 100+ unique ships, over 90 missions in 16 unlockable galaxies, and 3 difficulty levels. 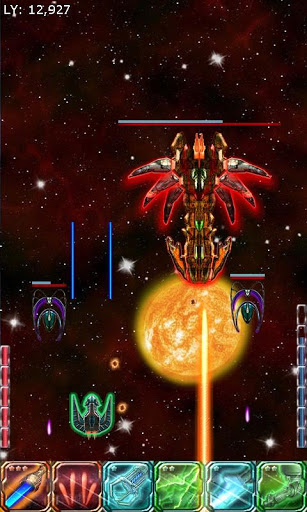 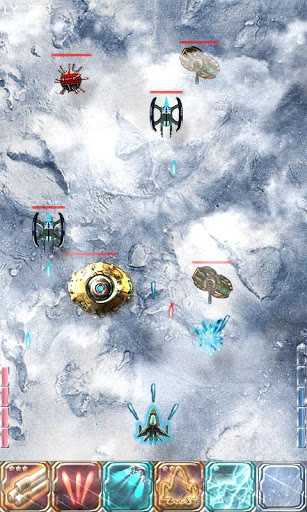 One of the cool things about the game is that you can change you weapons during the fight via the on screen buttons. There are 3 fully customizable starships with over 120 upgrades available.  The game has 3 profile slots too. The graphics are pretty cool and the music is ok. If you like shoot’em’up action games with tons of options I would recommend Starship Commander. The full version is only $1.99 but having everything unlocked it key.