During CES 2013 and nVidia’s press conference, one of the games demoed on their upcoming Project Shield Android handheld gaming system was the Mech themed MMOFPS game Hawken by Adhesive Games. Well the two companies have teamed up once again only this time it isn’t to demo Hawken playing on Project Shield like before but instead to tease us a little more by releasing a Hawken Live Wallpaper.

While Project Shield will be able to play Hawken quite nicely as we saw during the nVidia press conference during CES 2013, the upcoming handheld gaming system will be able to play a plethora of Triple-A games such as this whether it be streamed from your PC, through nVidia’s GRID or Steam. 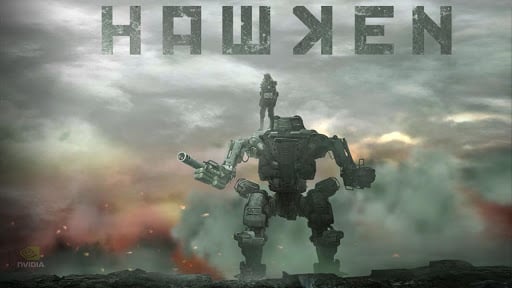 This snazzy little live wallpaper uses a few of nVidia’s technologies such as PhysX Particle and APEX Turbulence effects. The result is a rather smooth looking live wallpaper that features a war torn battleground, a big mech and you, the pilot, standing on top of it. Well… not literally you but a character you would play from the game.

For those of you interested in checking the Hawken Live Wallpaper out, you can do so by downloading it for free from Google Play or through Tegra Zone. This isn’t nVidia’s first gaming themed live wallpaper either. If you haven’t checked out the Skyrim or Mass Effect ones, you should do that as well if you’re a fan of these games