Zenonia 5 got an update the other day that finally added raid mode. You know… that button on the status screen that said COMING SOON! when you press it? Well, its here now. Unfortunately, it’s also expensive. Each and every run through raid mode is going to cost you some Zen. Not a whole lot, but if you plan on doing raids often its going to stack up.

Its about 10 Zen for a low level raid, and if you want an asynchronous player ally, that’s another 50 Zen. All this spending will get you some evolution points for your gear. If you win. If you lose, you get nothing. And did I mention its hard? I did a level 16 raid with my level 26 wizard and got one hit killed. Needless to say, I was a bit disappointed. Also should be noted that raid is just abyss with increased difficulty. 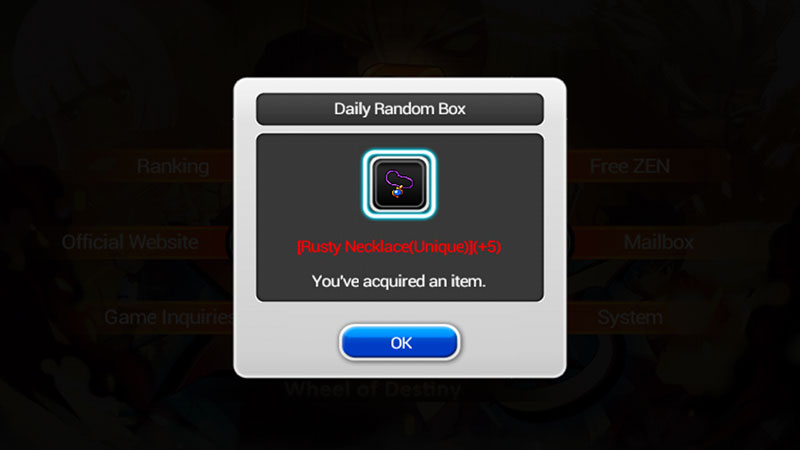 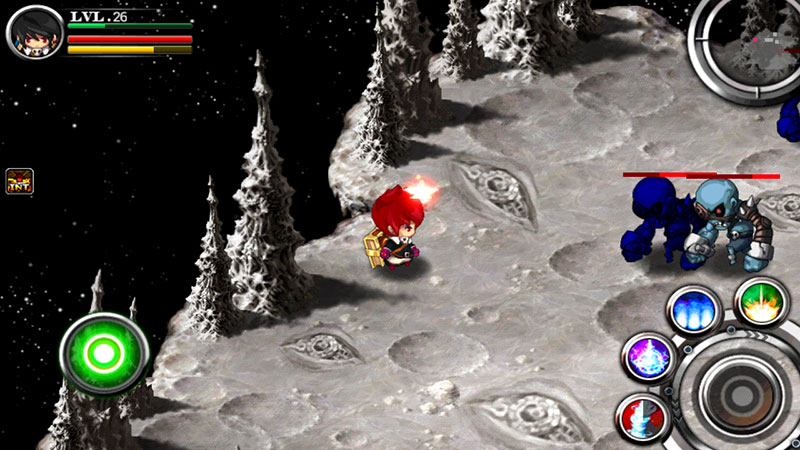 As a Zenonia fan (played since the original was still $5.99 on the market) I was looking forward to this mode, but found myself disappointed in the end result. Mostly because of the price of playing.

On a positive note, they’ve also added a daily chance box! On starting Zenonia 5 you’ll find a box on the start menu that can be opened for random loot. I’ve gotten a couple nice items from it so far. 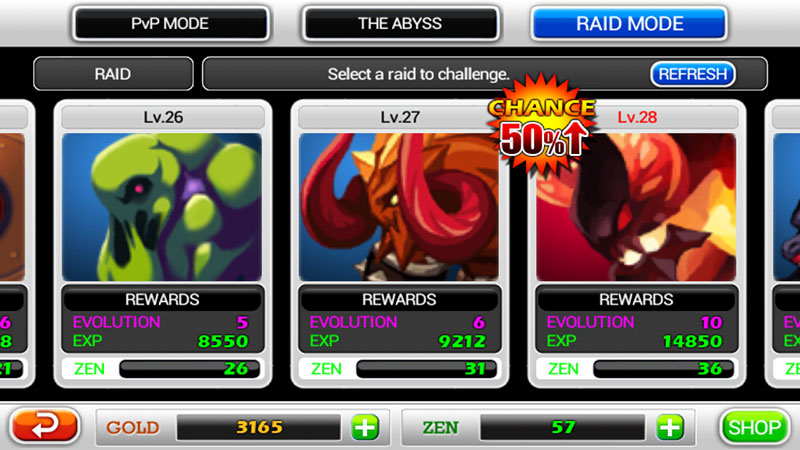 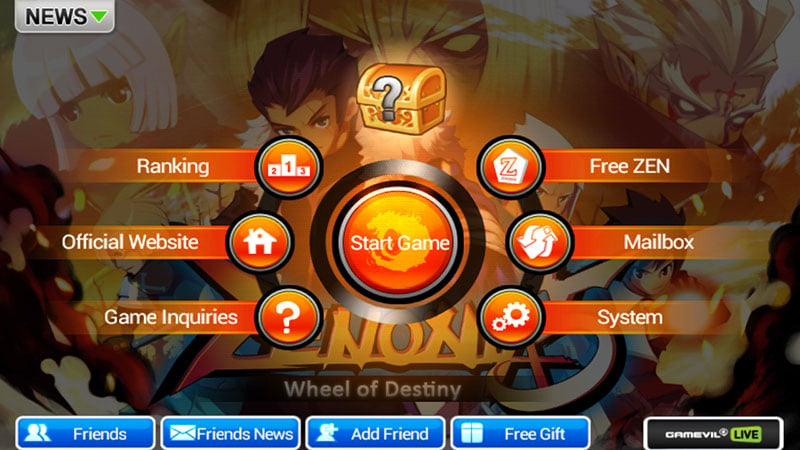 So if you play Zenonia, be sure to fire up the new update and get your reward box, but don’t get too attached to raid mode unless your wallet can handle the fee.