A new free-to-play top-down shooter has arrived on Google Play called Guns 4 Hire. In a world where illegal guns run rampant, crime lords and dictators do unspeakable things, only the toughest of people can take these evil people head-on and luckily you’ll be controlling a squad of the toughest mercenaries to do exactly that.

Developed by Rebellion, Guns 4 Hire has you commanding a squad of mercenaries that you will use to take on crime lords, evil dictators and other criminal elements in a flurry of bullets from a variety of weaponry that you have access to. 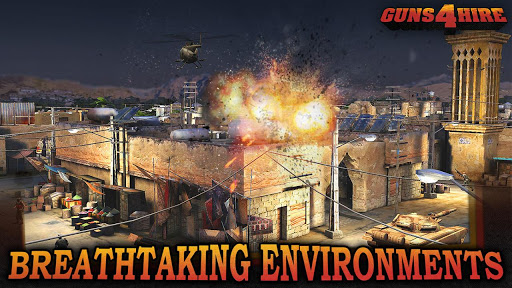 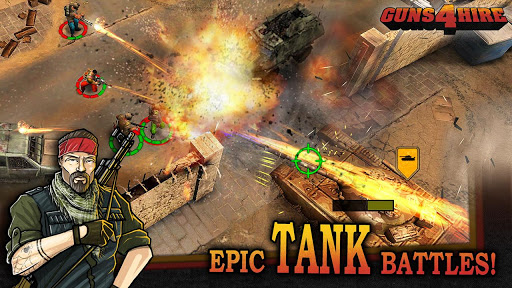 – KILLER CREW: Combine the brutal combat skills of L.T., Faraday, Burns and Boomer: from heavy artillery to high explosives!
– AUTOMATED GUN TURRETS: Deploy anywhere to rain 360 degrees of armour-piercing pain!
– ANTI-PERSONNEL MINES: Throw down instant minefields to disrupt enemy attack!
– AIR STRIKES: Call in death from above for total devastation!
– DIVIDE AND CONQUER: Use squad tactics and single touch control to deal devastation to the insurgents!
– SUIT UP: Equip armoured apparel and head gear to boost damage resistance and kill in style!
– LOCK AND LOAD: Use the spoils of war to upgrade your handguns, flame throwers, miniguns and rocket launchers!
– WARFARE: Subdue your enemies in explosive missions of bullet-riddled carnage!

If things get a little too hectic and you find yourself close to dieing you can always call in an air strike and obliterate everything on the screen to buy you some time. Aside from weapons you also have a variety of gear to wear to help protect you from the multitude of bullets coming at your face. 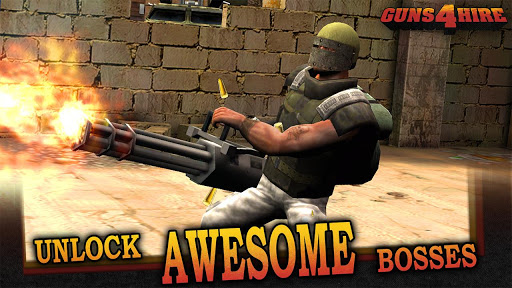 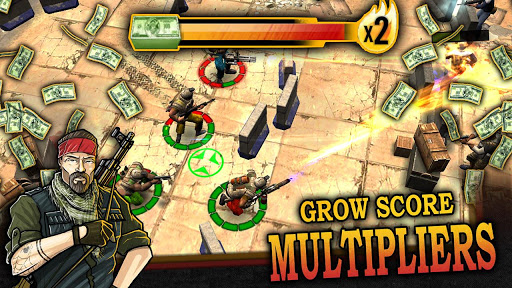 Guns 4 Hire is a free-to-play game and is supported by in-game purchases (which is a bit heavy in this game) for extra items. Apparently IAPs can be turned off in the game’s settings should you want to get rid of them. If you’re up for a little bullet-fest action, you can check out Guns 4 Hire by downloading it off of Google Play for free.