ShaqDown Review – A repetitive game but with great comic art

Shaquille O’Neal, the 7ft-tall former NBA star’s prior foray into video games was Shaq Fu, a 2D fighting game in which Shaq must rescue a young child from an evil mummy, was never met with positive acclamation. In fact, you could say Shaq Fu transcended the “So good it’s bad” threshold into borderline-unplayable territory, and in no way could it have been deemed a good game.

But now, thankfully, with developmental duties under the reigns of Hiptic games and One Spear Entertainment, the B-Ball celebrity is given a second chance at redeeming his video-gaming reputation in the form of ShaqDown – and it doesn’t quite succeed in doing so.

ShaqDown is an auto-running side-scrolling brawler, of sorts (think Don’t Run With a Plasma Sword, Cannabaltor Stylish Sprint). Shaq is controlled by a series of taps and swipes, and the game takes place on three lanes. A swipe up moves you up level, a downward swipe moves you down and both swipes can be timed to perform an uppercut or a body slam. Tapping an enemy will cause Shaq to fire a flaming-Basketball at a zombie, which causes your hyper-attack meter to rise. These controls aren’t bad, but I had problems with a few swipes being misinterpreted or not even registered at all, which can be frustrating.

The world that ShaqDown presents you with is a desolate one: our post-apocalyptic society is run by sentient zombies who have enslaved mankind, wherein our hero, Shaquille O’Neal – the ‘Dunkman’ himself, is armed with a single basketball and is humankind’s last line of defense. 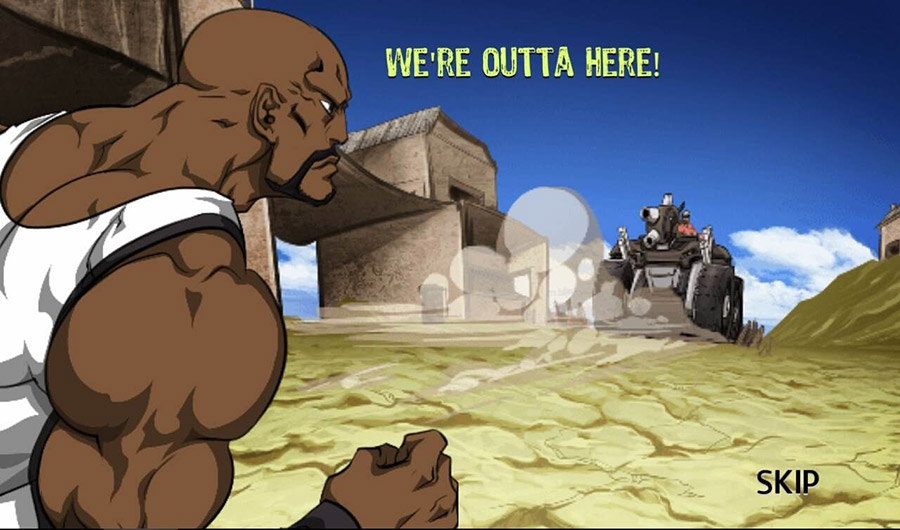 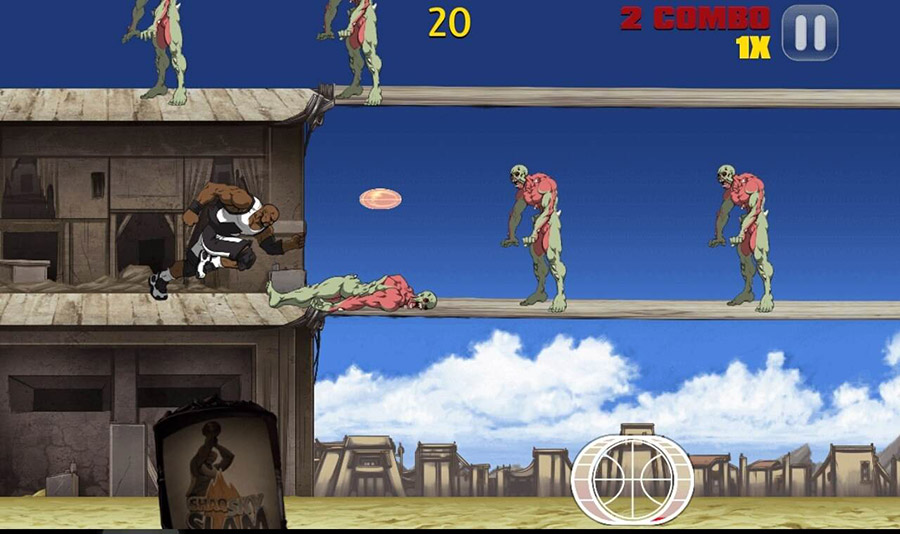 ShaqDown’s eccentric story aspirations are matched by an equally stylized, 2D comic-book art style – which works well with the game’s sense of humor. The characters are crisp on high-res displays and thematically-barren cityscapes scroll in the background overtop the game’s nondescript soundtrack across three bland story stages. All three stages are monotonous and play identically – monotony, at some points, feel like the central theme of ShaqDown.

There’s Facebook and Twitter sharing integration, a leader board, an achievement system, an in-game store – in which you outfit Shaq with different suits which you purchase with ‘Shaqra’, the game’s currency and the result of your score on a stage, all of which have a minimal effect on the actual gameplay. ShaqDown isn’t a free-to-play game, but it does implement in-app-purchases, which allow you to max-out Shaq’s stats, double your Shaqra, and buy an assist attack. ShaqDown doesn’t force its micro-transactions down your throat, the incentives presented only marginally improve your abilities. In this case, the whole inclusion of an in-game store seems trivial. The amount gained versus the amount spent on items feels unbalanced.

Removing all in-app-purchases and bumping the game’s price to 2.99–4.99 would seem like the better option (but I’m not the developer). 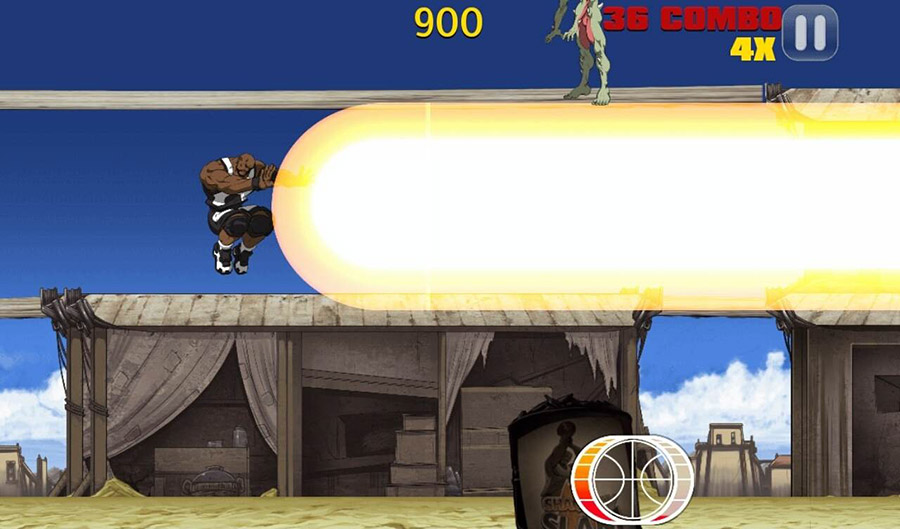 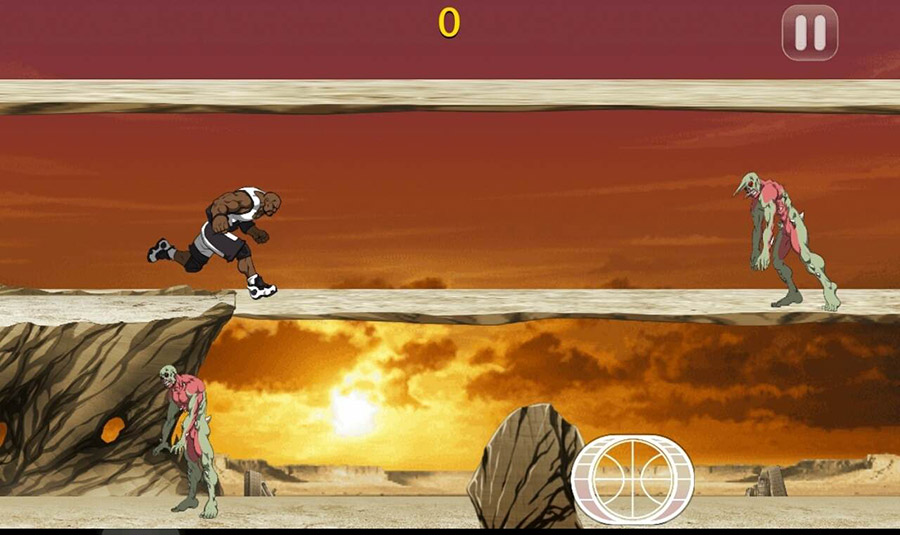 If it was 2011, I’m certain that ShaqDown would have been a tilt-to-live Doodle Jump-derivative. The games that I see fail most are ones that try to do something different, or that iterate on previously-existing genres, adding and subtracting elements from gameplay, in turn, creating something that feels fresh or new.

ShaqDown doesn’t create anything new as much as it unsuccessfully grafts elements from other, more successful games on to itself (like, zombies, in-app-purchases, a sarcastic sense of humor and a pop-culture icon), but it ends up feeling like an impressionist’s take on what constitutes a ‘good’ mobile game.

Shaq Fu was silly and over-the-top. It was heavily flawed, but it was memorable. ShaqDown is boring, generic and generally forgettable. But it’s playable; it succeeds in places where Shaq Fu failed (though the two games are not easily comparible, you can see the lineage).

Although that produces a more playable game, it doesn’t necessarily make it a more entertaining one. And ShaqDown has left me wondering which part is more important.