Activision and ABC TV have teamed up to bring the rather popular TV show Wipeout to Android but in the format of a game you can play. Featuring some hefty balls that you can play with, fans of the show will now be able to try and tackle all the obstacles from the show but on your Android device instead.

For those of you unfamiliar with the show, Wipeout has 24 contestants compete against each other, and the clock, in hopes of winning the $50,000 prize. In the qualifying round, the top 12 times will move onto Round 2. At the end of round 2 the top 6 will move onto the next round. In each round participants have to get through a series of obstacles as fast as they can. 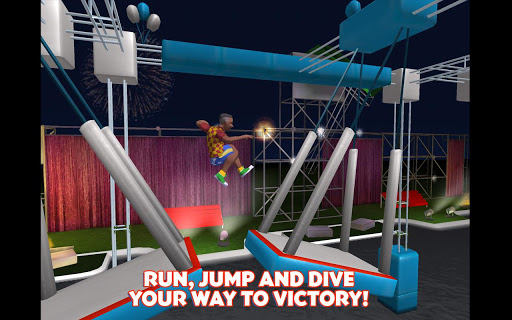 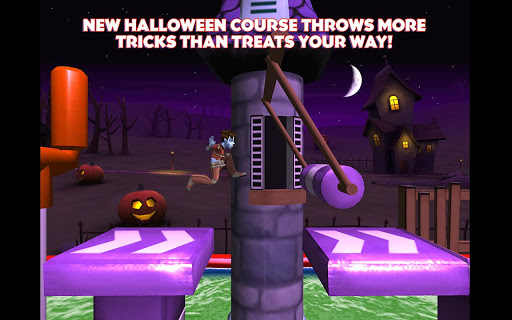 – Wiping out has never been this fun! Earn style points for every victory as well as every Wipeout
– Master classics like the Topple Towers and the infamous Big Balls, and face new challenges you’ve never seen before
– Choose from a range of wacky contestants with unique abilities to conquer courses in the quickest time
– New to Wipeout or just having an off day? No Problem! Hone your skills in Time Trial mode, and try to get the perfect run on every round
– Play through entire seasons including fan-favorite themes and locations such as Sports Night and Old MacBallsy
– Re-run your epic Wipeouts in super-slow motion: capture that perfect Wipeout moment and send a snapshot to your friends!
– Cash in your style points to unlock new shows, contestants, and power-up helmets
– Compete with your friends, earn achievements, and work your way up the score board as you face off against tougher and tougher contestants

Visually the game is actually pretty good looking which is probably because Activision developed it for ABC. There are plenty of balls to avoid along with other obstacles that are right from the TV show. As you play the game you wil earn style points which you can then use to purchase new shows, contestants, and power-up helmets.

For those of you interested in checking out Wipeout, you can grab a copy of the game off of Google Play for $1.99.