So far we have seen comics and magazines brought over to the digital format for all of us to enjoy reading while on the go. However NARR8 is taking it a step further with their new application that brings with it interactive fiction across a variety of genres including fantasy, horror, anime and more. Each series is a lot more interactive than what you’re probably previously used to.

Each series comes with animation, sounds, music, HD-effects, and multimedia elements. This allow you, the reader, to interact with whatever is on your screen at any given time while reading your series of choice. As for content, there are regular updates with new episodes all the time so there will always be something to check out. 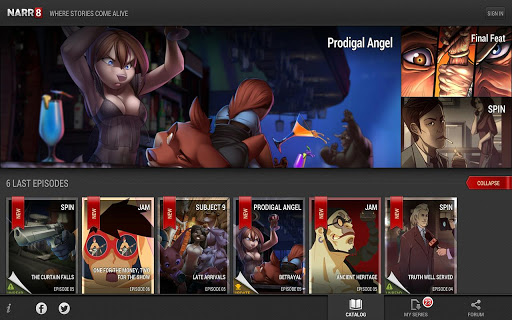 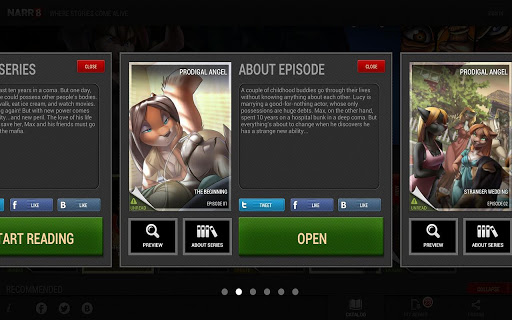 – JAM: Motion comic that takes place in an unusual world where the laws of nature are actually the laws of classic video games.
– Subject #9: Motion anime comic about a group of mutants who escape a mysterious lab to discover they have incredible powers.
– Prodigal Angel: Motion anime comic about a character with the ability to “possess” other people, and the trouble this kind of power can cause.
– Final Feat: Motion fantasy/mythology comic about an epic war between mighty heroes and ancient monsters.
– SPIN: A dramatic motion comic about political intrigue and spin doctoring.
– Knights of the Void: sci-fi motion comic about the war between an Alliance of the Knights of the Void and the tyrannical Empire.

The only requirement to download the NARR8 application is that you have Android 4.0+ running on your Android device. Other than that, you can jump right into it and start enjoying the stories on there for free, and by free we actually mean free.