Rockman Xover from Capcom heading to Android at some point

Capcom apparently has plans to bring their Mega Man themed social game Rockman Xover over to Android devices at some point in the relatively near future. On top of that the company is holding a contest for people to design a boss and the winner will then have his or her boss included into the game.

This Mega Man themed game, which comes complete with PvP gameplay, will probably never hit the shores of any other country outside of Japan but for those of you who use Market Enabler and can read Japanese, or happen to live in Japan, then you might want to partake in the contest. The boss design contest is being held over at Nico Nico Seiga, the art community subsection of the Japanese video sharing site Nico Nico Douga. 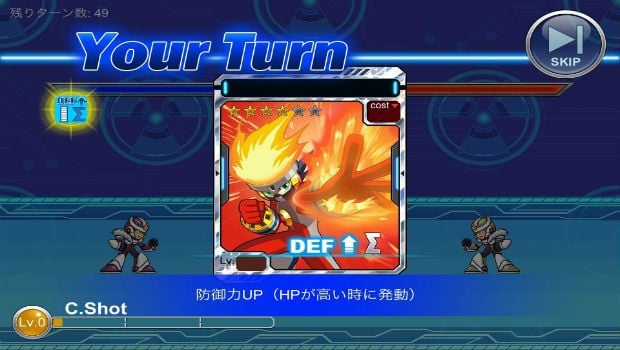 This contest will run until the end of March at which point one winner will be selected from all the designs to have their boss brought into the game, have their design transformed into “Battle Memory” and receive special cards. There are three runner-up prizes as well which those winners will have designs transformed into “Battle Memory” and also receive special cards.

You can check out the contest details over here if you can read Japanese.