Unfortunately, since the game’s releases, there has been little word on the Android application for the game until a couple of days ago when a recent blog post over on the Brick Force website addressed the whereabouts of the app. According to the block post, the companion application sounds like it is finally under way with its development. 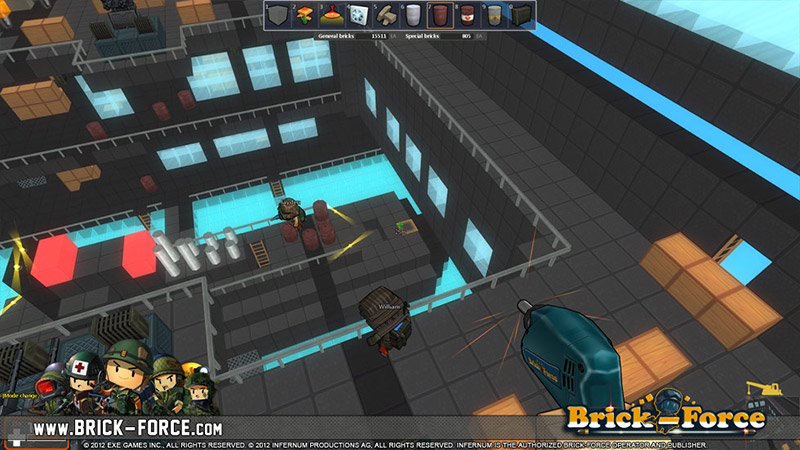 To refresh everyone’s memory as to what this application will allow users to do, this app will allow users to log in and play in the full sandbox mode which means you’ll be able to build maps on your Android device for you and other people to battle it out on. There will most likely be other account management features as well available for use. One thing that was never really confirmed was whether or not we would be actually able to play matches on our mobile devices. At one point it sounds like we would be able to and at other times it sounded like it would only be playable via PC.

Still, being able to build maps on your Android device to play on when you get home is a pretty big feature. Hopefully we will be able to actually fight as well. Until that is confirmed though we are just going to label this as a companion application for Brick Force. No specific release date was given but it will apparently launch sometime this year.