Our friend over at Thecle has released a new game onto Google Play today which brings true dungeon crawling hack n’ slash action to your Android device. DeProfundis as the game is called is a 3D dungeon crawler with a roguelike mapping system that randomly generates dungeons, monsters and the loot you can get.

DeProfundis allows players to build their character around one of the four skill trees that comes with the game: Elementalist, Warrior, Ritualist and Void Mage. Once you’ve settled on what tree you want to build up in, it is all about roaming dungeons and battling monsters while trying to find all the loot you can, finding better items and learning more powerful spells. 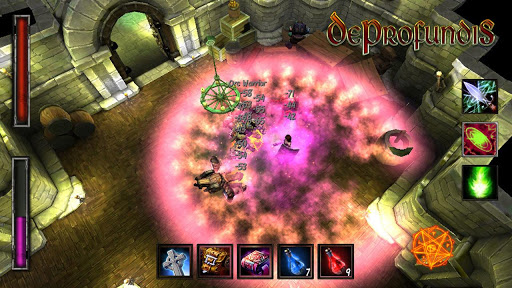 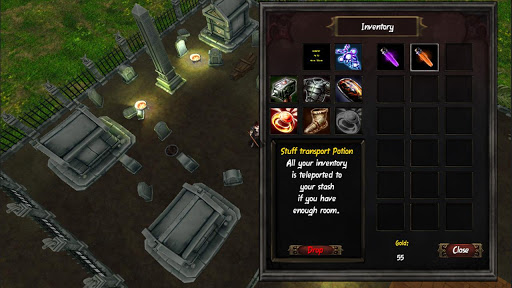 – 3 environments.
– 4 skilltree to fight your way : elementalist, warrior, ritualist and void mage.
– Tons of rand generated stuff.
– 13 randomly selected levels to makes your adventure always different.
– 3 game modes and an hardcore “instant death” mode for premium users.
– 3 levels of equipment, find mythic gold items to unleash your power.
– Cloud save of your character to bring it on another device

This release is only the beginning for DeProfundis as well since the developer has a large list of features and content he will be adding to the game over the next few updates. This includes Destructable barrels, Random gates to bonus levels with exclusive boss, 2 Handed weapons, Magic weapons with charge, Named Unique items, Named Set stuff, Item durability, More playable character. At that point this game will be a lot more in the style of Path of Exiles.

If you’re up for getting you hands dirty in a new dungeon crawling game, you might want to check out DeProfundis. You can download this game off of the Google Play store for free. This game is ad supported and it does come with a few in-game purchases that are completely optional.

Oh what? A giveaway? Yes that is correct. We are teaming up with Thecle to give out 20 free premium copies of DeProfundis. This giveaway is real simple to enter, all you have to do is leave a comment here and on our new forums telling us what you like about the game. 10 winners will be selected from the comments below randomly while 10 additional winners will be selected from our forums. We will be picking winners on February 28th, 2013 at Noon PST. Good luck!