Gameloft has randomly released a new card combat game called Dragon Summoner onto Google Play this morning. This particular TCG (Trading card game) features animate battle scene when you’re in combat, that way it really doesn’t feel like a plain static card combat game. Currently there is over 200 cards in the game to collect right now and more will be arriving soon.

Dragon Summoner is pretty much your standard card combat game and comes with all of the features you would find in a good TCG right now on Android. What it does have, which a lot of other games don’t, is animated battle scenes. The animations is a bit more of the choppy variety but it still does the trick in making the game feel less static. 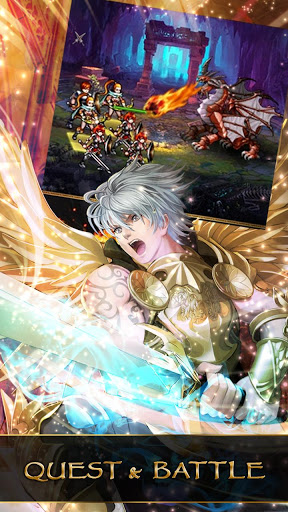 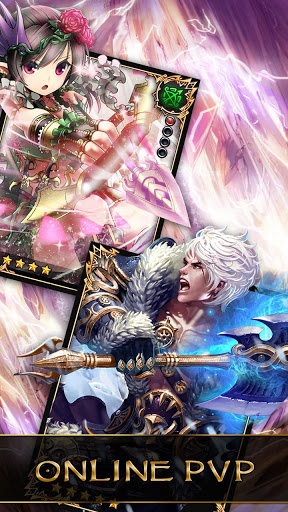 – Collect, fuse & strengthen over 200 gorgeous cards inspired by fantasy and manga!
– Warriors, Mages or Hunters: Choose your allegiance and fight the magic dragons for the survival of your kingdom.
– Deploy your strategy by forming and leveling up your team of heroes to bring out their full power!
– Complete tons of fast-paced, visually immersive quests & battles!
– Ally with your friends online to defeat fierce Raid Dragons.
– Battle other players with your cards online to prove your valor and loot some of their treasures.

As you can see from the above features list, you have pretty much everything you would want in a good card combat game including fusing cards together to create more powerful ones and multiplayer combat where you can fight other players in-game. One thing that is interesting is that instead of races that players can pick to be as, Dragon Summoner has classes that players can align themselves with instead.

Fans of TCG titles looking to play a new one might want to check out Dragon Summoner. You can download this game for free off of Google Play and considering it is a TCG title, you can be sure that there are in-game purchases available.