Disney has released a new game based in the Toy Story world called Toy Story: Smash It!. This particular game from Disney is a physics-based puzzle game that looks like it takes a little bit of influence from Angry Birds in terms of how the gameplay works out. Players will need to use balls to break through blocks and take out aliens.

There are a variety of different balls you can use, some with special powers to help you out with taking down the alien defenses and destroying said aliens. Knocking aliens off their blocks and onto the floor destroys them. The different is you can rotate around their structure 360 degrees in order to find the best place to throw your balls at… 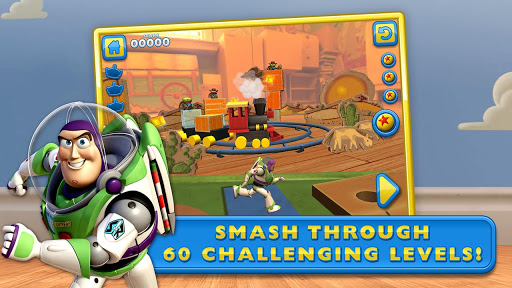 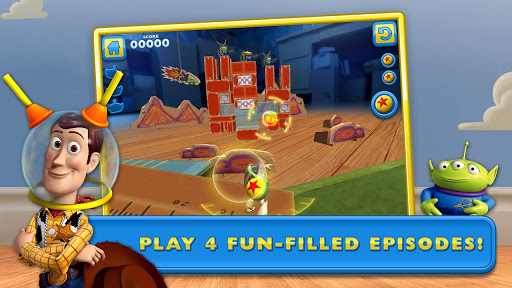 – Block-breaking puzzle play: Throw unique bouncing-balls with special power-ups to knock down aliens and break through their defenses!
– Play as Buzz Lightyear: Team up with Buzz, and work on perfecting the angles and aim needed to beat every level. Encounter your favorite “Toy Story” characters along the way!
– 4 imaginative episodes: Take a fun-filled journey “To Infinity… and Beyond!” Get ready for an adventure of a lifetime as you stop the evil Zurg, catch alien bandits, and more!
– 60 challenging levels: Encounter new challenges in every level. Find creative ways to smash through bricks, glass, trains, and more to get the highest score possible!
– Hours of replay value: Replay each episode to get 3-stars on every level and earn impressive achievements!

You have your standard three star rating for each level that you want to try and achieve. In fact most of this game is a lot like Angry Birds but without the flinging of birds and the 360 degree rotation around the structure.

For those of you interested in checking out Toy Story: Smash It! you can download a copy off of the Google Play store for $0.99 and start playing as Buzz Lightyear right away.