Epic Pirate Story to be released for free this March

Well its been almost one year since the Epic Devs LLC. set out on their enduring journey to create a new Pixel Art adventure game called Epic Pirate Story. They had a grand vision for a game where you would play a pirate and take to the high seas seen in cute Pixel Art fashion and they knew the  direction they wanted to take it. In the beginning the company started out with one coder and one pixel artist and started writing in Java while using the AndEngine to publish the game. After that they settled in to design and develop that vision.

That vision turned out to be more difficult to achieve then any of them had expected. One of the issue was that the team was not all living or working in one location. They were able to partially over come that obstacle by utilizing Skype and email for communications, however the company was new and without having a Game Design Document a lot of ideas were lost or weren’t coded in the way the vision was seen. The game was coming along well but not at the level Epic Devs believed matched their vision. Eventually they were able to acquired a GDD and took on another Pixel Artist. As time went by the game got better and the Epic Pirate Story started coming together but it still did have the right feel they wanted. At this time they still just had one developer working on it and with 2 Pixel Artists the graphics were coming along a lot a lot faster then could be coded. More time passed.

The Bulgaria studio grew to 4 people and they started looking for an alternative language to code in. One that would allow them to release the game on both Android OS and iOS at the same time. It took some time and a few different languages before the team found the solution with C++ and cocos2d-x. This allowed Epic Devs to be able to run on multiple platforms like Android OS, iOS, Windows and Linux and will be the primary code they use for all future projects. Epic Pirate Story is now shaping up to be closer to the original vision, has come leaps and bounds from its humble beginnings and now has only about 10 bugs left to work out as well as a few balancing issues. 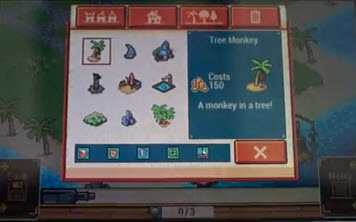 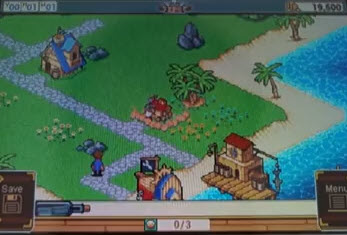 The game is now in it’s final stages with bug fixes schedules up to March 14th and tentative release date set for the end of March or beginning of May. This has been a new and growing experience for Epic Devs LLC. and they plan to release two versions of the game to the public, one paid, one free and neither will include IAP’s .The best news is that both the free, and the paid are the FULL version of the game. The philosophy here is that Epic Devs want to release a great game and be able to receive feed back from the gaming community. So if you like the game and want to support their hard efforts and future projects then you can buy the full version and it will even carry over your save game files so you wont lose any progress.

The feedback left by the community will help shape the design and ideas for EPS2 which should go into development some time later in the year,  and add features that did not make it into the current development. This is of course is pending other projects in the works and feedback left by the community, and with the next release Epic Devs hope to have 4 Coders and 3 Pixel Artists working on the game. For those of you seeing more information on Epic Devs LLC. or those wanting to know about future projects like Epic Car Story or The Conquest you can visit their website which is included int he link below. For those of you who are Pixel Art fans like me, or want to learn more we will be covering EPS as soon as it is released.