Gamevil has released a new strategy game called King’s Empire onto Google Play today. This particular game is a sort of kingdom building RTS game where you will need to gather resources and build up your troops in order to claim your rightful place as the new king of the lands.

Of course this is easier said then done as there are plenty of other people trying to claim the throne as theirs as well. You’ll need to build structures and take over other lands in order to expand your own kingdom. This means gathering resources and troop build-up is also very important to keep an eye on as well. 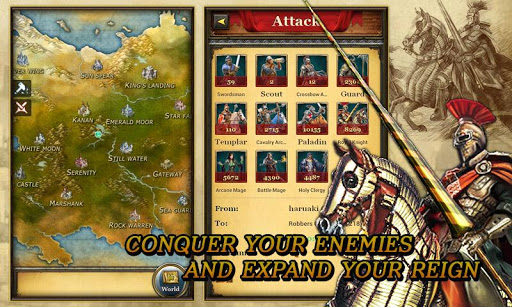 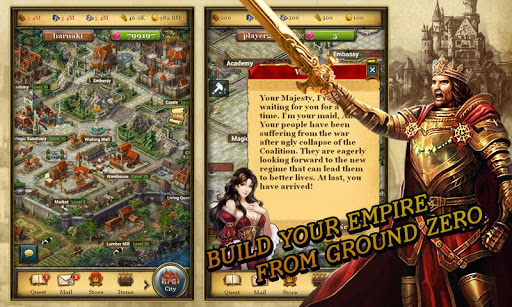 – CONQUER THE WORLD: Expand your empire by scouting which lands to conquer!
– ACQUIRE RESOURCES TO DEVELOP YOUR CITY: Gather and manage your resources to build a self-sustaining empire!
– TRAIN AN ARMY OF PALADINS, KNIGHTS, AND ARCHERS: Form the perfect army composition to maximize your power!
– FORM TACTICAL ALLIANCES: Devise treaties and form the most powerful alliance in all the lands!
– PLAY WITH FRIENDS: Play online with friends and thousands of other players around the world!

Not only will you have to deal with computer opponents but other players in-game as well. This could take the form of an alliance or by sending out troops and battling it out with other people, possibly taking over their lands as well.

For those of you who dig these types of game, King’s Empire is available on the Google Play store for free.