Real Racing 3 Review: They key to enjoying the best sim racer on mobile is perseverance

The Real Racing series is undoubtedly one of the most popular original mobile game franchises. As such, there’s no surprise that many, many people have been eagerly awaiting for the latest entry into the series – Real Racing 3. In the run up to the game’s release, we’ve been discussing a lot about the type of freemium elements present in the game. But setting that aside, how good is Real Racing 3 really?

Real Racing 3 is in many ways a step up from its predecessor. Right from the accuracy of the car physics and handling to the visual splendor of the game, there are marked improvements. Each of the 45 cars handle uniquely enough for you to feel the difference, while on the graphics side real-time reflections and realistic damage modeling make their presence felt. The damage taken will also adversely affect the performance of your car.

The new addition that takes the cake for me though is the real-life circuits present in the game. There are classics such as Spa, Laguna Seca, Indianapolis and Mount Panaroma, and the level of detail to which they have been reproduced is astounding indeed for a mobile game. There’s also a fictional street track from downtown Melbourne located near Firemonkey’s office, and this is by far my favorite circuit, with barriers lined closely all around the track. 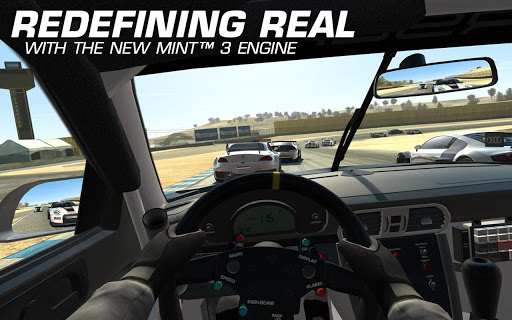 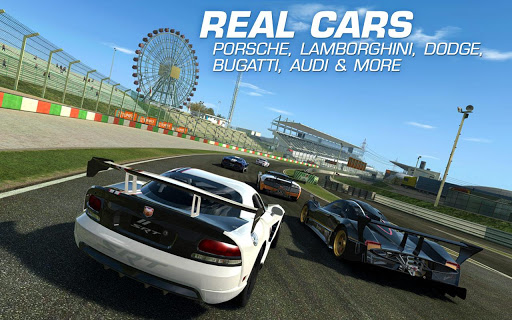 You have 900 over events to compete in spread over 26 championships, though I’m not sure if even 1% of those who began will make it halfway through. There is also a wide variety of event types present. You’ve got the regular full grid races, and then others such as drag race, elimination, head-to-head, speed run and endurance. This helps to keep things fresh exciting.

However, I must say that the number of events in total seems to be artificially inflated. Most people will just get bored with the game before getting anywhere close to completing it. Anyway, the good thing is that you can unlock different championships at your own pace and don’t need to follow a set order, so it is possible that you quickly play through to the higher-level championships and be done with the game.

Disappointingly, classic racing modes such as quick race, time trial or practice are not available here. And both online and local multiplayer modes are conspicuously absent as well. Heck, there isn’t even a proper career mode. It’s just you unlocking and playing different championships. 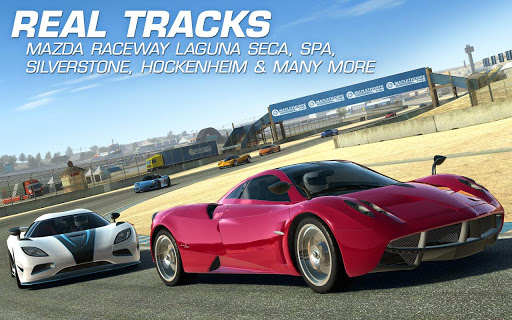 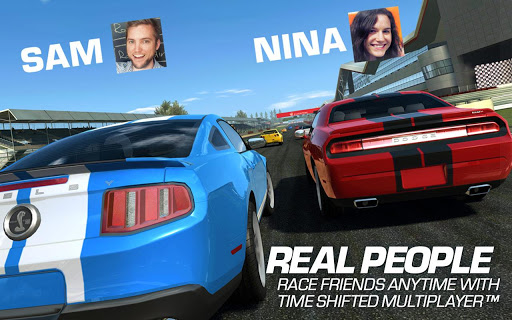 As you push each car to the limit on each of the 9 circuits present in Real Racing 3, you’ll always learn something new. For beginners, assists are auto-enabled, but if you really want
to enjoy the game and test your finesse, turn them all off. In terms of controls, every option in the book is present, be it touch or tilt based. Naturally, nothing beats playing Real Racing 3 with tilt steering enabled.

The most heated discussion in the run-up to the game’s release has been its implementation of wait timers. There are three different types of timers in the game. The first is service
timers, where you have to service your engine oil, tires, brakes, engine and suspension after they get worn down. If you do all five at one go, the wait timer will total up to 2 hours (this gets slightly longer as you get to better cars). Then there are upgrade and delivery timers for upgrading and purchasing a new car respectively.

The funny thing about the wait timers is that they actually only affect you during your first few hours of play. How so? As you expand your garage, you can switch between cars. So
as you send one car into service, you can drive another car in a separate championship. When you have 4 cars, the wait timers essentially become a non-issue, so it’s a matter of persevering for the first few hours before you start reaping the maximum enjoyment levels out of the game.

In addition to that, the game has got a dual-currency system. Cash is liberally given out by winning events and progressing in a championship, but gold coins are much harder to come by. These gold coins allow you to skip the wait timers altogether, and also gain access to some exclusive cars (the two best cars in the game can only be bought with a hefty sum of gold coins). You have got IAPs reaching up to $99 (shows as $118 in the international version for me) for both gold coins and cash.

Looking beyond the freemium aspect of the game, there are many other issues that plague Real Racing 3. The most notable is the AI. They don’t show you any respect and are more than willing to rub paint with your car and drive you off the road or shove you into the barriers. I could be perfectly minding my own business on a long straight far off the racing line, yet the AI will at times just barge into me, either from the sides or behind, almost as if It has been programmed to do so on purpose.

Further on the subject of the AI, the game doesn’t have dynamic AI, which is most certainly an integral element in a sim racer. What you have instead is other people’s times to race
against (EA is calling it Time-Shifted Multiplayer). So, say for example John drives a lap of 1.12.130 in Silverstone. When you race against John, the AI will replicate this same time. One problem that this leads to is an imbalanced grind at times.

Another aspect of the game that I don’t quite like is the large grid size in the regular races. The grid is made up of 22 cars, and given that these races last between 2-4 laps, there’s too little time to make up 21 places to get to first place. So, you really have to be aggressive in the first couple of corners – either by muscling your way through cars and incurring damage or by cutting the insides of corners. Otherwise, the field will quickly spread out and you can kiss good bye to getting first place. This problem could have been avoided with qualifying runs or simply a smaller grid comprising of 16 cars.

For the past two weeks, I have been playing the game on my iPad 2 (which mind you is close to two years old), and it ran smoothly and looked brilliant. However, once again the curse of performance issues seems to plague my Android tablet (Acer A510). And judging by a quick glance through the Google Play ratings for Real Racing 3, I am not alone as others with different devices face the same issue. The framerate is lower than it should be, and the graphics are nowhere near as good as that on my iPad 2.

Real Racing 3 is still fundamentally the best sim racer on mobile, and you’ll have fun playing it as long as it performs well on your phone or tablet. However, the various flaws and omissions make this a lesser game than it could and should have been. I must add that I expected a little more from it as well since it has been in development for over two years. The lack of slip-streaming is baffling for example, as is the lack of background animations on the tracks. It is also sad that the Android version requires users to be connected to the Internet to play the game.

If you manage to persevere the first few hours and work your way to three or four cars, the timers won’t trouble you much anymore. Of course, a lot of us would have gladly paid a premium price for the game, but with EA stating that all their games will contain micro transactions from now on, there’s no turning back. What EA has shown here is pure greed (unnecessary timers plus grossly inflated IAP prices), but if you really want to, you can still enjoy Real Racing 3. And for free, at that!