Disney and Imangi Studios have teamed up once again to see how another spin-off of the Temple Run franchise would fare. This time the new game, which we talked about not too long ago, will be themed around the upcoming Oz movie slated to hit theaters on March 8th, 2013. As you may be guessing, the name of this new game is Temple Run: Oz.

Currently Temple Run: Oz is available for iOS devices but Disney is planning to release this new spin-off onto Android as well. Temple Run: Oz basically has players doing what they normally do in any Temple Run game except you’ll be running down a yellow brick road. All of the environments look to have been replaced with more suitable scenery that fits the world of Oz. The game itself is basically a modified version of Temple Run 2 so all of the improvements that came with that game will also be found in Temple Run: Oz. For example instead of a zip line there is a hot air balloon in this game. 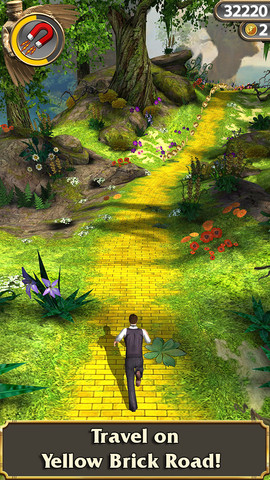 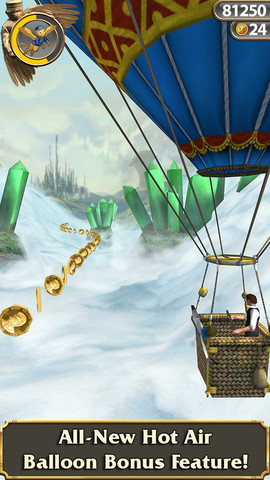 So when can we expect to get our hands on this new movie/Temple Run partnership? Well iOS already has their version and the trailer states it will also be coming to Android as well. Considering the movie is suppose to be released on March 8th, 2013 it would be a safe bet to say that Temple Run: Oz will be released onto Google Play sometime between now and March 8th.