The Book of Heroes Review: Killed by a grind

Book of Heroes is a relatively interesting game, but one that is hamstrung by a typical grind that continues to perplex me the more I see titles that offer the same. No goal in any game is interesting enough for me to spend time going over the same activity for hours at a time, and no piece of loot is worth feeling like I’m clocking in for an actual job instead of enjoying a game. In this particular case, the Book of Heroes grind is what I refer to as “soft”, or an easy-going grind that doesn’t feel as bad as it really is. Even with the easier grind the repeated content begins to take away from the fun of the game, and there are some really cool features.

Basically Book of Heroes is a simple dungeon-crawler, complete with special abilities and the usual fantasy monsters, but the combat is generally smooth and I can only imagine how more in-depth it becomes at much higher levels. It’s a turn-based game as well, represented by collectible cards that look hand-drawn and smooth. You choose an ability or weapon and the turn starts moving, but it pauses after a certain amount of time passes. During these tiny breaks you can literally get up and leave the device sitting there and come back after making a decision. Unfortunately combat is not that complicated and I was rarely challenged, but as I mentioned before the game might become significantly better at higher levels. I enjoyed picking from a few abilities that helped me fight groups of monsters, but I could have easily burned through content by just randomly pressing buttons. 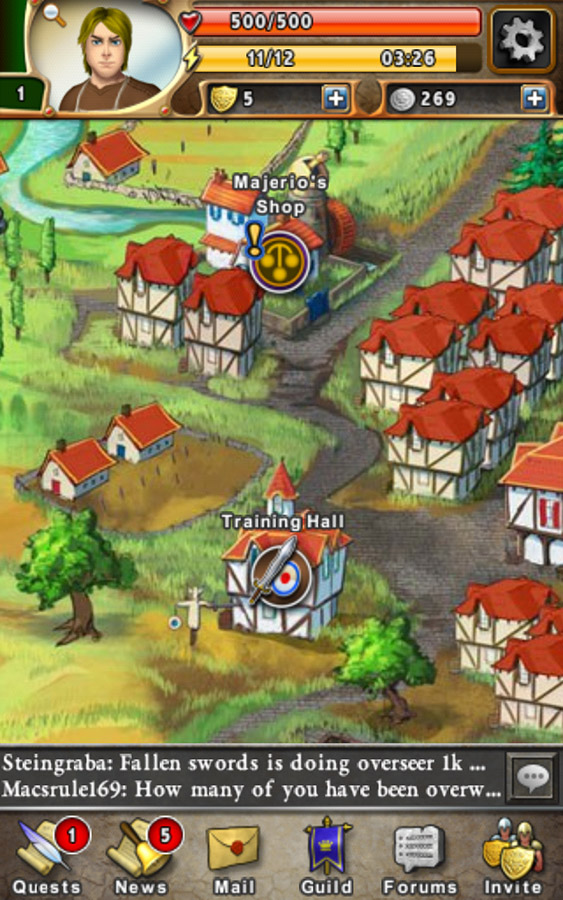 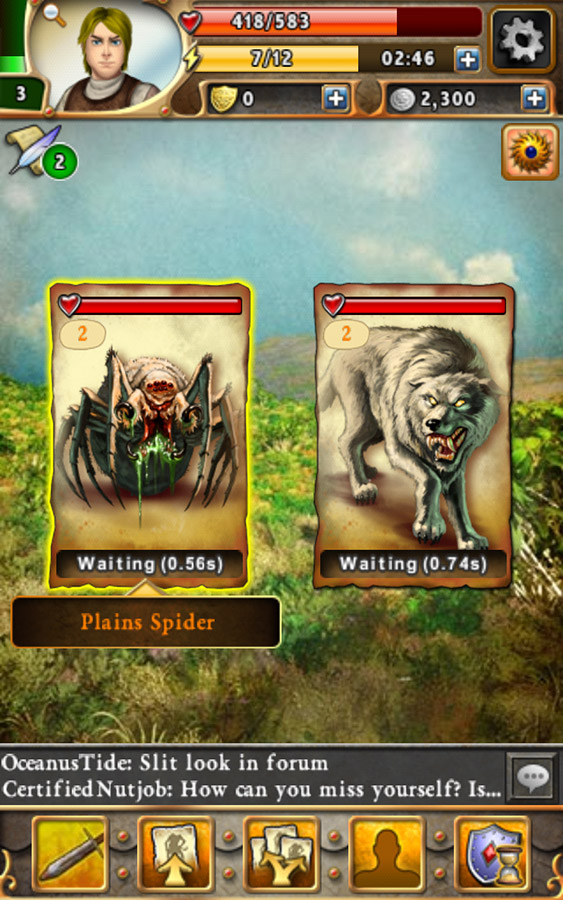 It’s a real shame because Book of Heroes presentation is really nice. It doesn’t work on my Nexus 7 tablet because the artwork looks more pixelated on the larger screen, but the large buttons work great on a phone. I knew that the guilds brought in new, hopefully more intense gameplay but no matter many people I talked to and no matter guilds I invited myself to I could not work my way into one. I could have made one at level 10, but in the several hours I played I could not hit level 10. I gave up after a while simply because I didn’t want to put off this review any longer.

I have to give the game credit; there’s plenty of content for free. I’ve come across more and more titles that are actually free-to-play lately, but there’s always something to pay for. That’s not a bad thing, at all, and in Book of Heroes it’s the basic energy refills that we’ve come to expect from games like this. I would gladly pay for quests that weren’t from the kill-ten-rats category, just to break up the monotony of the rest of the game. Sure, occasionally you’ll be asked to pick up a few pieces of stuff or to go to certain locations, but the basic gameplay is always to kill monsters… to always kill more monsters. I wish the developers would simply add in a quest where I’m asked to go to an area and click on a well to rescue a lost child, or to make my way into the woods collect wood for the inn. Anything would be nice, and simple quests surely are just as easy to put into the game as just another kill-ten-rats quest. Oh well.

Book of Heroes looks good, although I have a feeling that other gamers would not be as impressed. I have always preferred simple, hand-painted looking graphics to even fancy 3D stuff, possibly because more primitive graphics remind me of playing Dungeons and Dragons or tabletop gaming. Simple graphics are also better for performance, and that means more players. Those players kept the chat lively and mostly friendly, and there were even a handful of moderators online almost always. The decent community made me wish even more that the rest of the game was not so lame; if not for the poor, repetitive questing that drives most of the gameplay, Book of Heroes would be a great title. Skip it if you want an in-depth experience, but pick it up if you like easy combat and brainless grinding.