We are sure you remember our story the other day about legendary guitarist Slash of Guns N’ Roses fame who also happens to be a huge Angry Birds fan was possibly getting a bird fashioned after him. Well that is sort of what happened. Actually Slash made a new theme song for Angry Birds Space after Rovio found out that the guitarist is a big fan of the franchise and asked him to get involved.

So, Slash did what Slash does best, music. So now there is a new theme song created by Slash in Angry Birds Space which is available to hear in a new update that has arrived today. In honor of Slash’s hard work, Rovio has made him into a Red Bird which you can also view by grabbing the update. For the most part the update is completely superficial though but cool nonetheless. 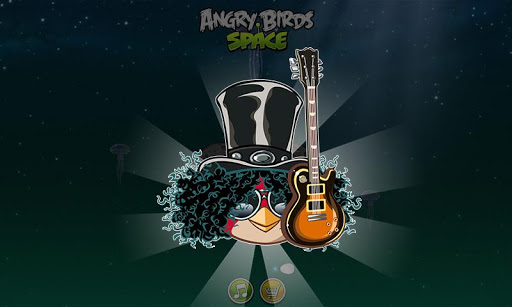 In other news, Angry Birds has also received an update with 15 new levels to play through. These levels are located in the Bad Piggies episode. Both updates are now available for download.