Disney Infinity combines both the Disney and Pixar universes, offering it up to people in a physical form, that being of toys, as well as the digital game that can be played on pretty much every platform from the Xbox360 to mobile phones and tablets. Players can buy figurines of characters, along with ‘power discs’, and these figurines and their accompanying power discs are also brought into the digital world of Disney Infinity. These worlds have both your standard Story Modes to them as well as an open-world sandbox mode and can be shared, visited, and interacted with by other players whether it is just checking out your world or by participating in quests and other adventures. 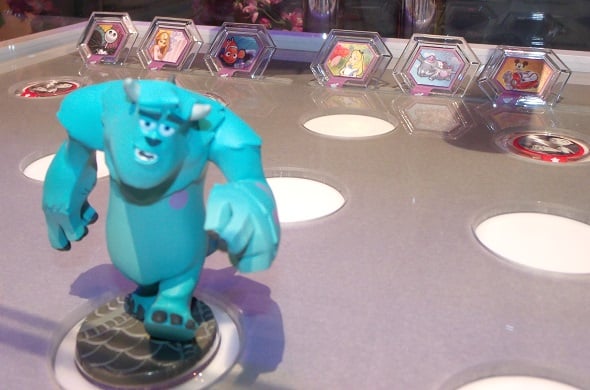 Originally Disney Infinity was slated for release on all platforms as well as store shelves in June 2013 but has now been pushed back to August 18th, 2013 for North American players while everyone else in the world will be able to dive into Disney Infinity on August 20th, 2013. Interestingly enough, the delay isn’t due to bugs or anything of that nature. Instead Disney just wants to add more ‘bells and whistles’ to everything.

We could deliver in June if we wanted to. Will a two-month timing change help us? Sure, of course. It gives us a little more time to add bells and whistles and make sure it really sings and pops. – John Pleasants, co-president of Disney Interactive

So for everyone waiting patiently for Disney Infinity to launch, there will be a bit longer of a wait before you can sink all your available free time into it. In the meantime, prospective players can keep imagining what their future Disney/Pixar world will be like.