I also like the concept of the title: you control this little old man and his dog companion (that you can even play catch with) and are cast into the middle of a fight of the gods, armed only with your magical monocle that happens to shoot animals. As in bullets… meaning that you shoot actual animals out of your monocle. You’ll collect these animal bullets as you travel around the flat landscape and will use them as part of a larger collection, adding to replayability. The combat will remind those who are old enough of arcade hits like Robotron, a game where one stick controls movement and one controls weapons. It’s a very simple concept but can be very fun if executed correctly, but unfortunately Towelfight 2’s controls are rough at the beginning. You’ll become used to how they feel and eventually control is smoothed out, but it’s just not tight enough and often leads to frustrating, unnecessary moments especially early on. I gave up several times just because the muddy controls made me very dead, over and over. 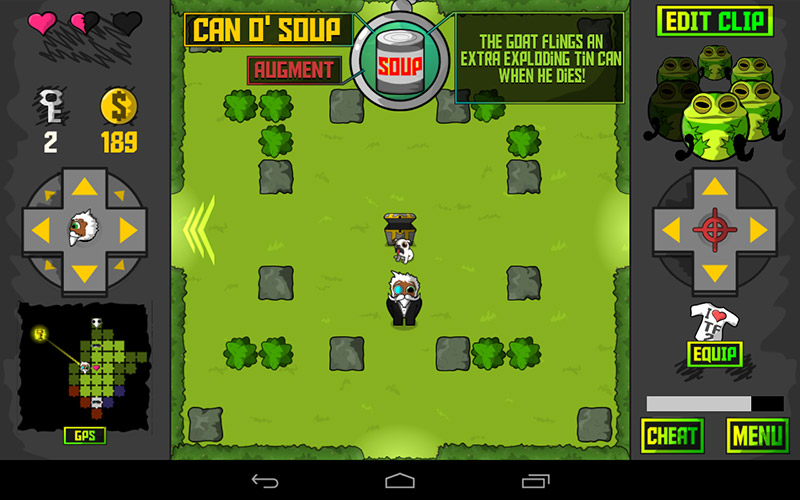 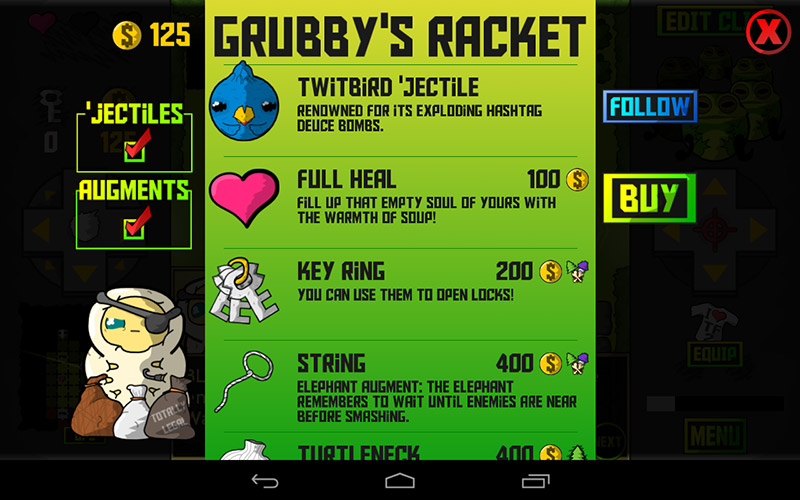 I enjoy the fact that the game is so confident in its story and presentation and that it puts you right into the action, as in immediately. When a developer decides to push you into the story or to throw you right into the game without much explanation, there’s a chance that the player will become as frustrated as I did. In hindsight, however, the type of player who enjoys more action-based titles will be confident enough to push through the frustration and will soon be wrapped up in the collection aspects of the game. All of this is good.

What bothers me the most, though, is how it feels like I’ve experienced this game before. I like the characters but pretty quickly the same jokey, smart-alec type jokes are flying across the screen. It’s harmless and I can’t remember a single line of it coming across as offensive but it’s just unnecessary. Why not create a real, meaningful story with a bit of drama to give the indie game a real big-budget story? Granted, I didn’t play the game all the way to the very end from what I can tell, but in the time I played it all felt a bit silly. I know that sounds odd when you consider the game I am writing about, but look at something like Adventure Time if you need an example of a silly story with a backbone of grit. I appreciate all of the little details in Towelfight 2, like funny words used in place of the usual combat sounds, but it just becomes a bit noisy after a while.

If the game had tighter controls and got away from the usual smirky silliness, I would have enjoyed it a lot more. Even with those gripes, action fans will appreciate the non-stop combat and simple gameplay while indie lovers will appreciate the handcrafted way the game looks and feels. I’ll be keeping an eye out for Towelfight 3, and so should you.