By now, if you play Minecraft: Pocket Edition on any sort of level and follow news regarding it, you should already know that true multiplayer will be arriving in the upcoming Minecraft: Pocket Edition 0.7.0 update. This multiplayer will initially be hosted by Mojang and will be called Minecraft Realms. People who want to have their own server can pay a month fee to have one through Mojang.

Right now the fee is somewhere in the $10-$15 range and will require anyone who wants to join a particular server to be whitelisted. Otherwise you won’t be able to even see the server in the Minecraft Realms server list. At some point the software for this could be released so people can host their own servers elsewhere but if that happens, it won’t be for a long time. 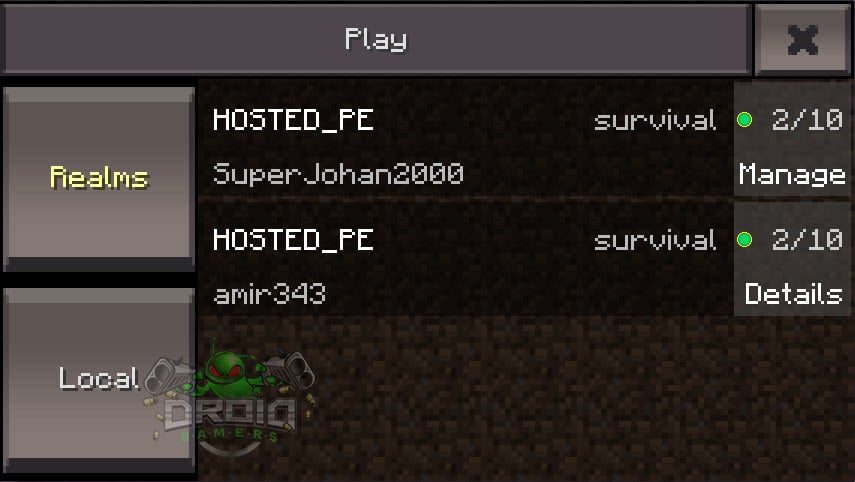 The topic of mods for servers was also touched on when Polygon was speaking to Carl Manneh, CEO and co-founder of Mojang. Eventually there will be a standardized API for people to create mods that will be uniformly compatible with all Minecraft Realms servers. Administrators of these servers will be able to pick and choose what mods they want, if they want any at all. Adding mods, should all of this go well, can be done to your server for free.

Manneh does mention, and this is something we already knew, that when Minecraft Realms launches it will start off small and roll out bigger with each phase of development, just like how Minecraft did. Right now Minecraft Realms is in a closed beta and the update will hopefully arrive by the end of April 2013. All of this hedges on everything going well of course but the idea that Mojang is discussing things like cross-platform compatibility for server between PC and Pocket Edition gamers, unified modding system and other features is very exciting.

just keep in mind that a lot of these idea, if they come to pass at all, will most likely not be available during the initial launch phase and will likely arrive a bit down the road. Mods will most likely happen we think. As for cross-platform compatibility, let’s just hope for the best for right now.