Today Nvidia held their press event at GTC 2013 and the company talked about all kinds of good stuff ranging from information about Nvidia’s GRID cloud gaming system and, of course, mobile chipset goodness was brought up. Nvidia’s CEO, Jen-Hsun Huang,who is always fairly entertaining to watch during Nvidia events, was on stage once again and along with him came a new roadmap for their mobile chipsets.

While Logan is still sitting there on the roadmap, which it has been there for some time now since 2011, there was one change to the roadmap regarding names. The chipset after Logan on the old roadmaps from Nvidia was named Stark. That has changed and in an apparent homage to Spider-man is now called Parker. 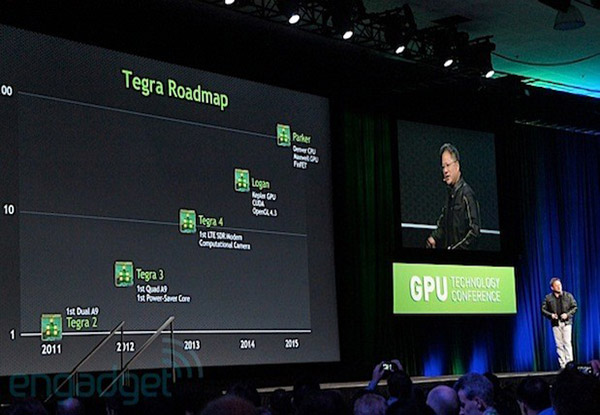 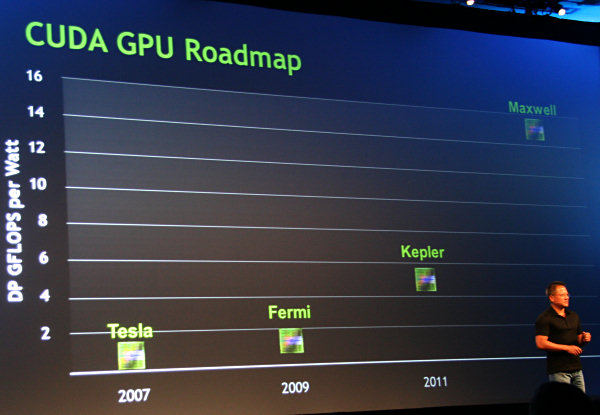 Both Logan and Parker will come with Nvidia’s CUDA technology, with Logan sporting a Kepler GPU and Parker will be running Nvidia’s future 20nm Maxwell GPU as well as their Project Denver 64-bit ARM CPU.

For those of you curious as to when both Logan are Parker will be arriving, there is some time to wait. Logan is slated for launch early next year while Parker is looking at a release sometime in 2015. We might as well get used to referring to Logan as Tegra 5 already.

Images courtesy of Engadget and TechReport