Avabel Online, one of the latest games from Asobimo, creators of Iruna Online, has finally been released in English! Players can now download the English version of the game off of Google Play and if you were playing in the Japanese beta, your character should be perfectly fine.

Avabel starts you off on the base floor of a tower, as a novice. You then proceed to the first floor, which is, oddly enough, a field. Your only goal is to kill monsters and level up. Once you reach level 5, you can choose a class. Your choices are pretty basic. Warrior, Magician, Ranger, or Acolyte. From there, you can learn skills and use class appropriate weapons. And back to the grind. 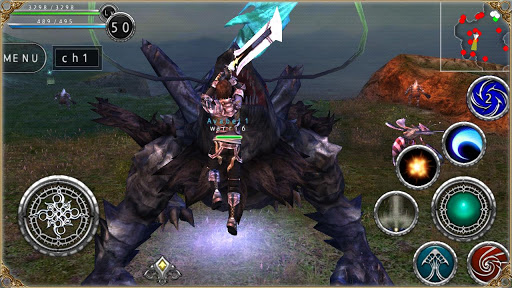 While Avabel does not currently present any quests or objectives, it makes up for it with gameplay. Avabel is one of the few MMOs on Android with an action-based combat system. It also provides you with a labyrinth to run through and obtain loot. This game also has a decent PvP arena system, where you can take on other players in a huge arena (currently limited to 100 players total during beta). The closest thing to quests you will find is a Mission NPC who allows you to take a mission that usually has the end goal of defeat a boss monster (currently, I have access to the Jabbawock, but I’m not going near that mission…)

There’s a fully implemented guild system which allows players to join a guild and work together to gather loot, which they can choose to exchange for guild points rather than sell off. Guild points allow the guild leader to improve the guild’s skills, which benefits all guild members.

So if you’re looking for a decent MMO to play, definitely give Avabel Online a try. If you’re interested, we also have a guild set up for fans of this site. Look up DroidGamer on the guild board, and send in an application, and you’ll most likely be accepted as soon as there’s an open spot.