Namco Bandai loves to keep the world of Pac-Man alive and kicking with new game releases and different variants of our dot eating hero. The company has released a new Pac-Man game called Pac-Man + Tournaments and this is not only a Google Play exclusive game from Namco Bandai, it is also the first time a Pac-Man game has been available as a free-to-play title (in the classic series) since the franchises birth back in May 1980.

What you will get when you download this new Pac-Man game is the original Pac-Man as well as a new Tournaments mode. What this new Tournament Mode will be offering up are new stages every week, never-before-seen mazes available for purchase, achievements and leaderboards, and real-world prizes like Pac-Man memorabilia and gadgets which can be won through participating in tournaments and winning them. 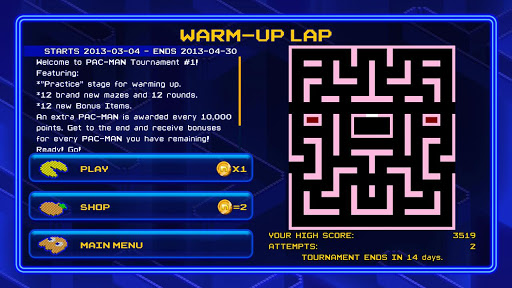 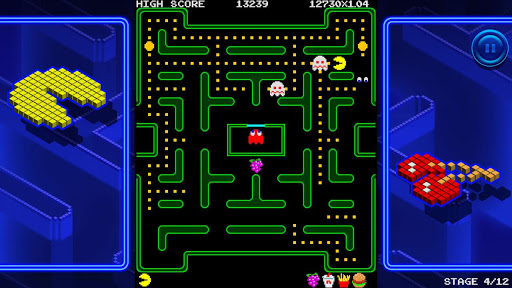 There are a few additional features just to make things a little more interesting such as new color schemes for stages, new bonus items to chomp down on and the ability to see your cumulative score over every game you’ve ever played.

Namco Bandai does plan to offer up Google Play exclusive DLC in the future for Pac-Man + Tournaments which could indicate that it may make it to other mobile platforms at some point.