Gameloft’s UK Twitter account posted a pretty interesting picture on their account along with the phrase “Warming up main core..” accompanying the picture. The picture itself simply shows to electric blow eyes glowing in a black background and unless you’ve been under a rock for the past few years then you’ll probably instantly recognize the eyes as those that belong to Iron Man.

Back when the entire Gameloft 2013 catalog was leaked out, one of the games mentioned in that leak was an Iron Man 3 game. It looks like this very well could be it. So far Android hasn’t received an Iron Man game and on the picture there is a date: March 27th, 2013, which is this Wednesday. Unfortunately the image the eyes are in happens to be showing on an iPad looking tablet, albeit a generic looking one. 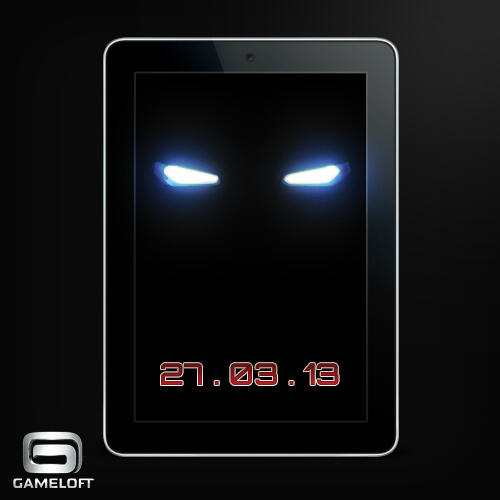