Kairosoft gives us Ninja’s in English finally with Ninja Village

A few months ago Kairosoft release their highly anticipated Ninja Village to the Japanese Play Store and and made us drool over Ninja warfare in Japanese. It is now 2 months later and true to from Kairosoft has just released the English translated version to the masses. For those of you who are not familiar with Kairosoft it is a company that releases city management style games (some of them with a flare of combat others with out) done in a lighthearted cute pixel-art format. In the case of Ninja Village your job is to lead you Ninja Clan and unite Japan.

Now for those of you familiar with Kairosoft you will be pleased to know it follows more closely to Epic Astro Story and Kairobotica then say Mega Mall Story. What I mean by this is that not only do you have to manage your village to bring in income as well as attract and train new Ninja heroes  but you also have the chance to outfit recruits with weapons, equipment, armor, and even beasts to help win battles. All of which helps lend more of an connection to your villagers and gives it more of an RPGish feel to the game. 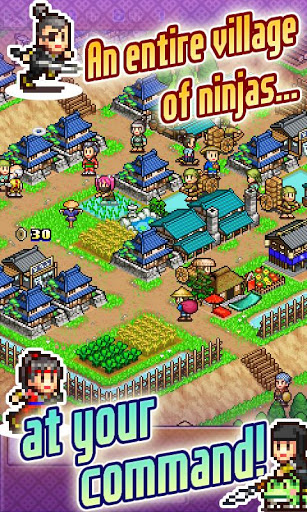 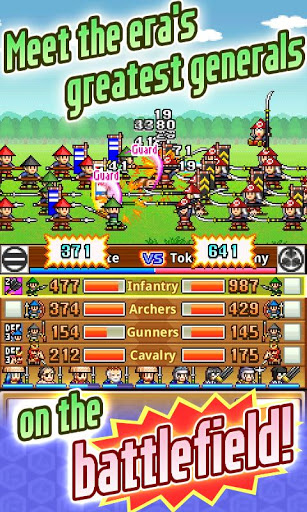 Ninja Village also differs in the combat in this game from some of the others. Like Epic Astro Story you do still have to manage your Ninja villagers, who act like hero units or generals, but you also have troops that you have to upgrade and purchase. These troops types are Infantry, Archers, Gunners and Calvary Units. These units will be lead on the battlefield by your villagers and your villagers equipment and skills will help give bonus to those troops.

Every Unit type has a strength and a weakness and an order in which each fights. Gunners will fire first helping to eliminate Infantry  Archers loose arrows next and reduce Gunners and Archery Units, Infantry charge into battle and kill other Infantry units and finally Calvary Units race into battle and tin out other Calvary Units and Infantry Units. Through out all of this your villagers will influence the tide of the battles based on how they are equipped and where they are placed. Battles are a key factor in this Kairosoft game as you will need to move your army to take over different districts in order to unify all of Japan under your clans flag. 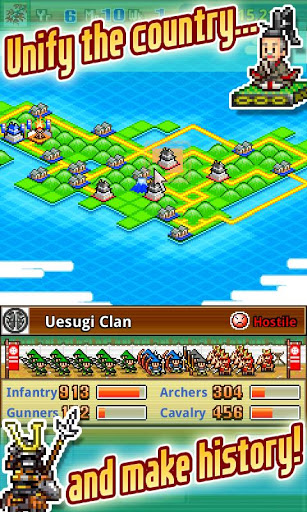 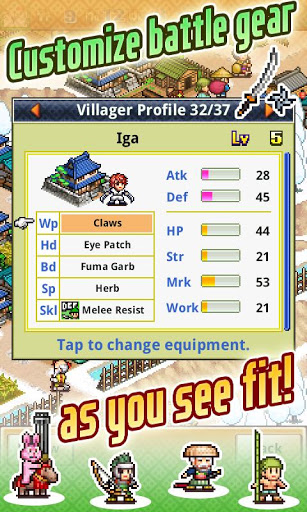 The price for Ninja Village is $4.99 and you can find it on the Play Store down in the link below. If you are looking for a new game to keep you occupied this week and more then likely for the weekend then this is definitely a game that will do that. I think in that adding the combat to the normal city management style game Kairosoft has helped keep the longevity in the game and breaks up some of the grind that you find in some of the other games they have released. For those of you that have been enjoying the game and playing it in Japanese, like me, will find the translated version almost like a breath of fresh air and those of you who have not played it will find an addicting game that will pass hours before you know it.