Ecco the Dolphin creators hit up Kickstarter for new game

The original team that created Ecco the Dolphin are back with a new underwater action adventure game called The Big Blue and have hit up Kickstarter in the hopes to get more funding for their new game. The group’s goal is to create the most beautiful underwater game to date with the best looking water and lighting effects.

That isn’t all though. The group plans to make this game as realistic as possible so that while you’re playing The Big Blue, it will have that living feeling to it. So really what is this game about? Well it is an action adventure game that takes place in the ocean where players will have to complete quests, solve action-based puzzle, explore the vast waters of your underwater world and the collection and spawning of life forms. 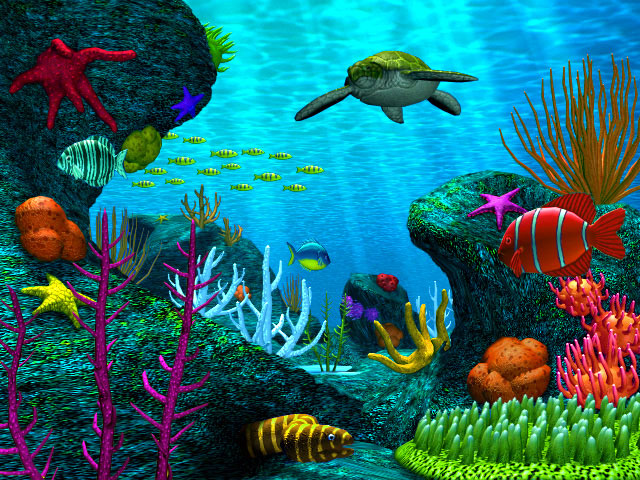 This is a pretty unique sounding game and other features such as the ability to control all creatures, being able to control multiple creatures at the same time, and breeding creatures to create new ones just happen to push the uniqueness of this game further ahead of anything similar to it. All of the creatures will have some of the characteristics of their actual living versions such as some being able to travel really fast and breach the water. Not all creatures will be real, some will be fantastical such as Sea Dragons.

There is a TCG (Trading Card Game) aspect to The Big Blue where players can collect creatures and trade them with their friends. This is good if you happen to be looking for a specifi species and your friend happens to have one or two of their cards available for trade.

Since this game is being developed using the Unity3D engine, it will be available on multiple platforms including Android. Interestingly enough, there is an actual release date for this games, that being April 22nd, 2014. Right now their Kickstarter campaign is sitting at $26,847 of their $665,000 goal with 33 days to go. If you want to make sure this game gets released, jump over to Kickstarter and throw a few bucks their way.

There is also plenty of additional information available over on Kickstarter about this game so feel free to read up on it. You can also see a demo of how the water and creatures look in-game over on a web-based demo. You will need the Unity browser plug-in to view it though.